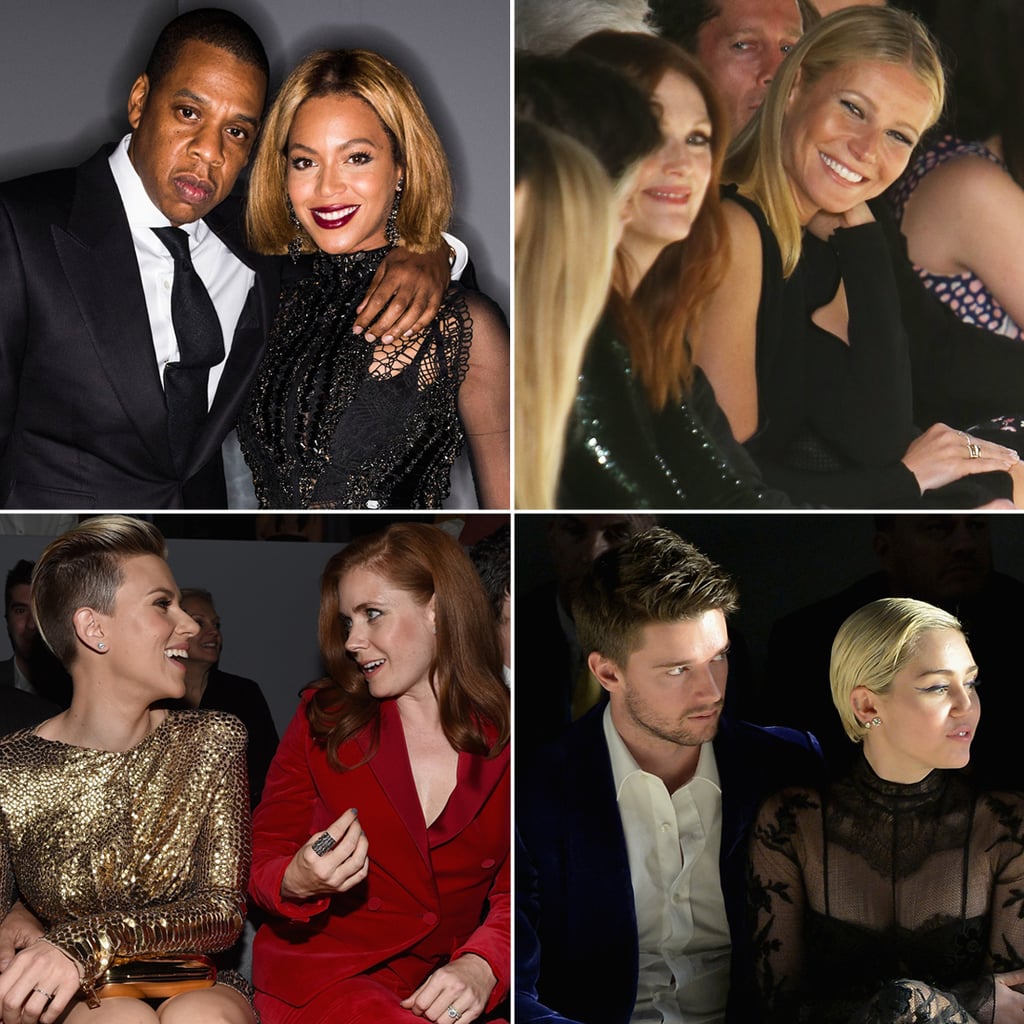 We may have all eyes on London Fashion Week, but one designer moved his show to the middle of the Oscars action this season. Nearly everyone who is anyone in Hollywood got all glitzed up for Tom Ford's supersexy fashion show in LA on Friday. Celebrity couples including Beyoncé and Jay Z, Miley Cyrus and Patrick Schwarzenegger, and Sofia Vergara and Joe Manganiello had some cute moments at the designer's Autumn/Winter 2015 womenswear event. Meanwhile, ladies like Gwyneth Paltrow, Reese Witherspoon, and Jennifer Lopez made stunning solo appearances on the red carpet.

By the time the show started, the celebrities in the front row had already stolen the spotlight while socialising with each other. Gwyneth Paltrow was all smiles near Julianne Moore and Vogue Editor in Chief Anna Wintour, Scarlett Johansson had a good laugh with Amy Adams, and John Legend hung out with cute couple Rosie Huntington-Whiteley and Jason Statham. Scroll through to see the best red carpet and front-row pictures, and then go inside all of LA's star-studded events leading up to the Oscars on Sunday.