TV series Bones celebrated their 100th episode last night in Los Angeles with most of the cast attending a party together. The show's in its fifth season now, and star David Boreanaz directed the episode, which takes the cast back to the moment when Agent Booth first met Dr Brennan, played by Emily Deschanel. Stephen Fry has a recurring role on the show had a laugh with David on the red carpet before attending the party. Emily looked beautiful and posed alongside Michaela Conlin and John Francis Daly before celebrating with them and the rest of her costars and the show's crew inside. Fun! 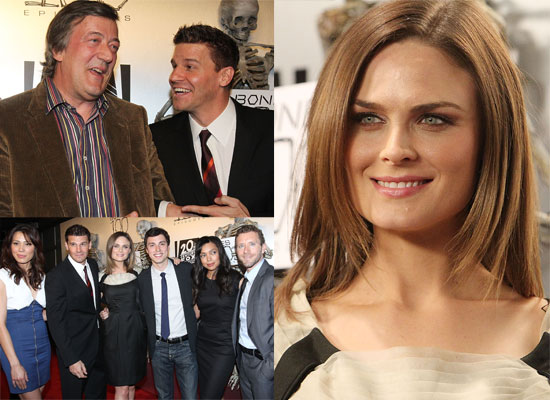