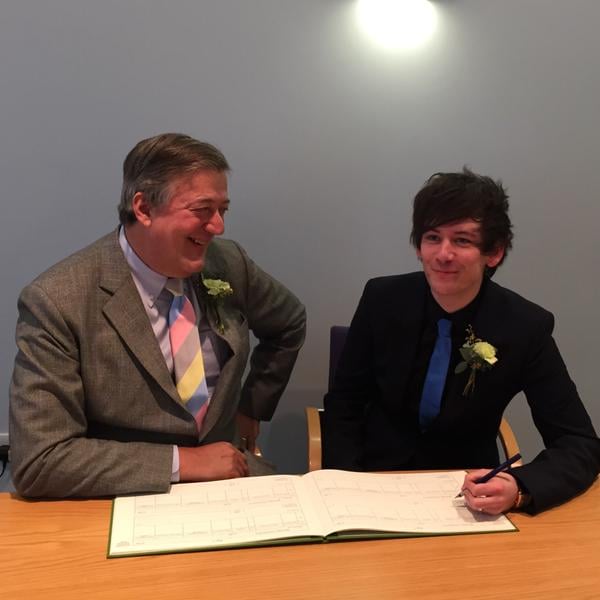 Stephen Fry tied the knot with his fiancé, comedian Elliott Spencer, in Dereham on Saturday. The actor confirmed his big news with a tweet, writing, "Gosh. @ElliottGSpencer and I go into a room as two people, sign a book and leave as one. Amazing." The message was accompanied by a photo of the suit-clad guys, who flashed smiles while taking their relationship to the next level. About two hours later, Stephen tweeted another picture, writing, "Oh and @ElliottGSpencer and I had our vows witnessed by a mini Oscar Wilde. Because one should. #greencarnations." The couple's cute nuptials come less than two weeks after Stephen confirmed reports about their engagement. "Oh. It looks as though a certain cat is out of a certain bag. I'm very very happy of course but had hoped for a private wedding. Fat chance!" he tweeted. Congratulations, Stephen and Elliott!