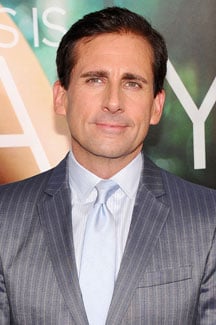 We're used to seeing Steve Carell call the shots in his role as the former regional manager of Dunder Mifflin on The Office, but now he's ready to take a position of power on the soccer field. Steve Carell will star as a referee in Lunatics, a film based on a book by comedy writers Dave Barry and Alan Zweibel. In addition to reining in young athletes, Carell's character will also have to deal with a particularly boisterous soccer dad. I love seeing Carell play an angry character — I loved his irrational outbursts on The Office as Michael — so I hope he'll get into a few blow-up arguments with his costar. What do you think of Carell taking to the soccer field?