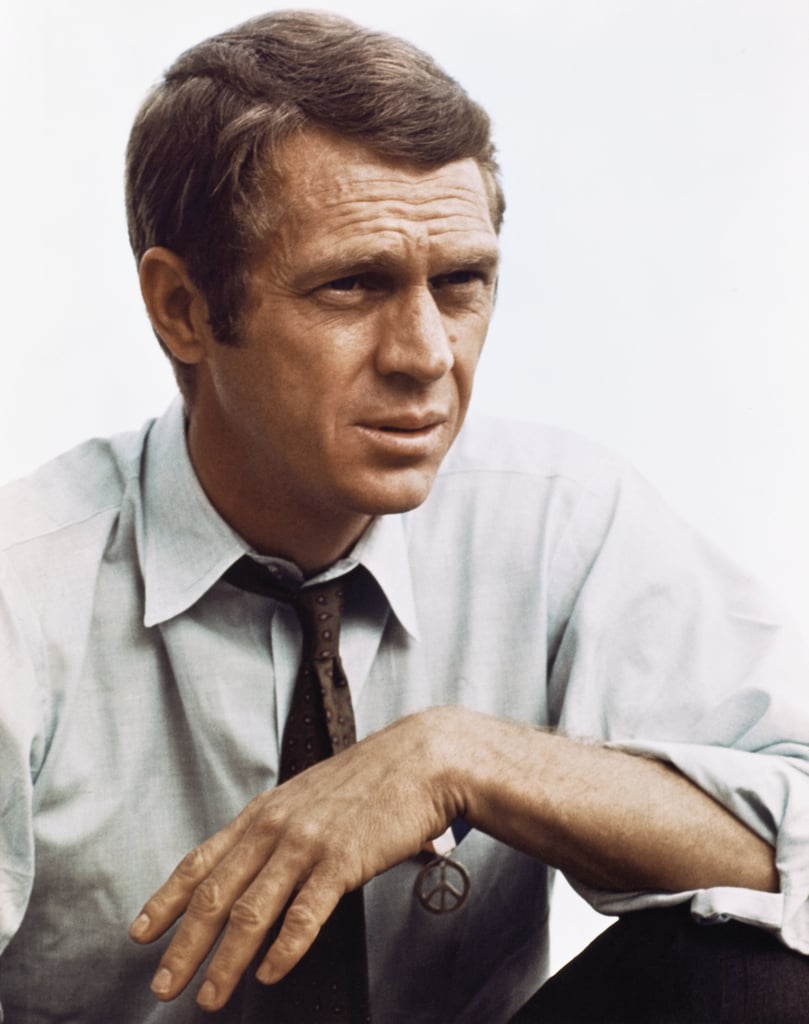 Steve McQueen died at the age of 50 on Nov. 7, 1980, after suffering cardiac arrest. The Indiana native made a name for himself starring as the rugged antihero in classic 1960s films like Bullitt, The Great Escape, The Thomas Crown Affair, and The Magnificent Seven; he was dubbed "The King of Cool" thanks to his good looks — That sandy blond hair! Those piercing baby blues! — laid-back attitude, and penchant for doing his own stunts. We're paying homage to Steve McQueen with a look back at his most memorable (and most handsome) photos over the years. Scroll through to see them all now.