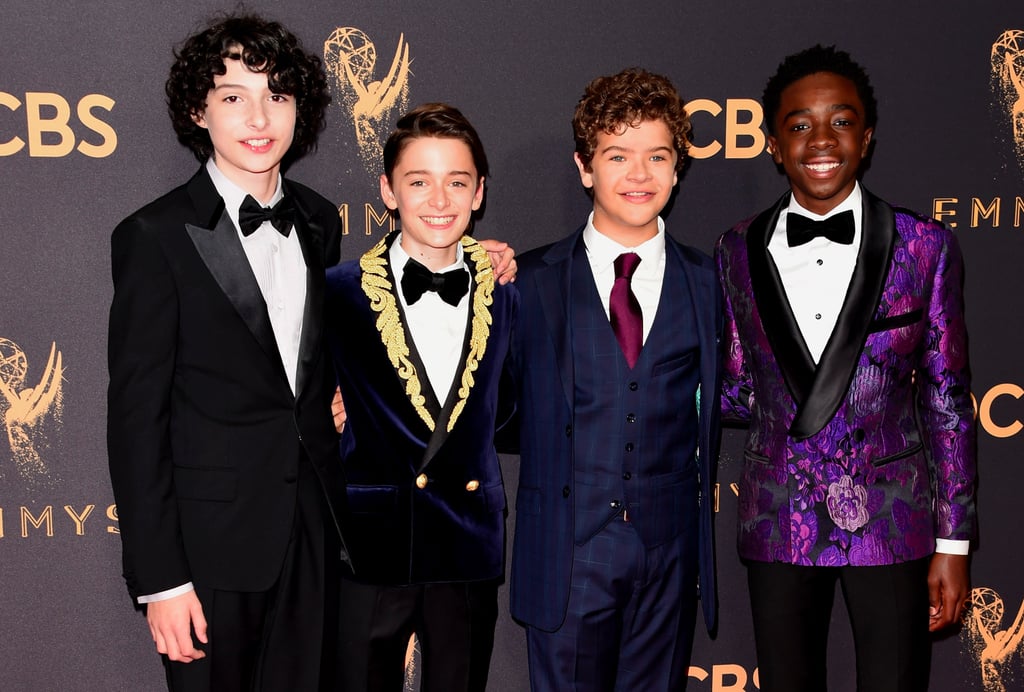 The Stranger Things Cast Brings the Cute Factor to the Emmys

The Emmy Awards were full of Hollywood's biggest and brightest on Sunday, but it was the young stars of Stranger Things who really brought the cute factor. While the young men of the series — Gaten Matarazzo, Finn Wolfhard, Caleb McLaughlin, and Noah Schnapp — looked snazzy in their tuxes, it was Millie Bobby Brown who really made our jaws drop. Wearing a sophisticated bun and a ballerina-like white gown, the actress looked so grown up as she posed for the cameras. Seriously, how is she only 13? As you anxiously await the premiere of season two, see even more of their cast outing below.