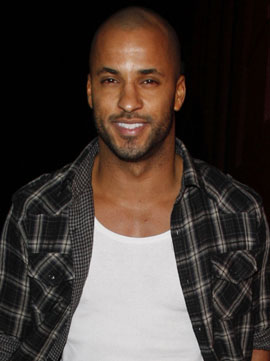 Ricky Whittle was arrested today on charges of assault after turning himself in at a police station at 5.30am this morning.

The Hollyoaks actor and Strictly Come Dancing contestant is currently in police custody being questioned following an incident in which a photographer was run over in St Helens, Merseyside. A police spokesman said:

"Merseyside Police can confirm that a 29-year-old man from the Billinge area of Greater Manchester has been arrested on suspicion of assault. He remains in police custody where he will be questioned. The arrest follows an incident in which took place in Duke Street, Liverpool City Centre, in the early hours of Friday morning. The incident involved a collision with a male pedestrian."

Ricky has been released on police bail, and the BBC have stated that it will not affect this weekend's show.