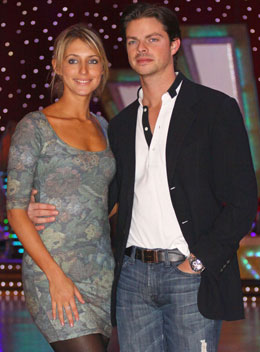 The producers of Strictly Come Dancing are shaking up the format of the show, leading Brian Fortuna to leave. The American pro-dancer said: "I really enjoyed working on Strictly over the years — loved the fans and loved all the people I got work with — but there are changes planned for the next season so I've decided not to return to the show". He will perform in West End stage show Burn The Floor with his Strictly partner and girlfriend Ali Bastian.

Planned changes to the format include reducing the number of celebrity contestants from 16 to 14, and introducing three new male dancers: Artem Chigvintsev and Jared Murillo from the US and Robin Windsor from the UK.

To find out what made Brian quit, read more.

Lilia Kopylova, Darren Bennett, Ian Waite and Matthew Cutler have all been cut from their previous roles as partners to the stars, and asked to perform as a professional dance troupe on the show instead. Brian was also told he would no longer serve in a mentor role and was invited to join the pro dance group, but he declined and quit.

What do you think of these alterations?