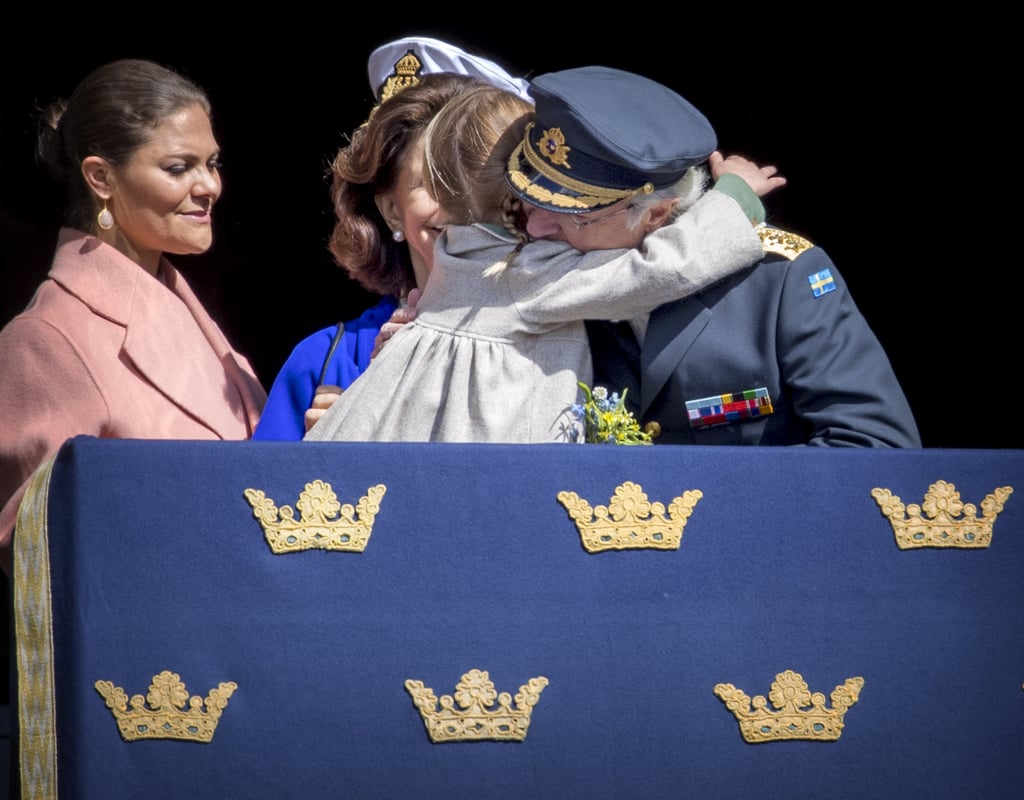 The Swedish royals celebrated King Carl XVI Gustaf's 71st birthday on April 30. Prince Carl Philip was in the palace square with his father while the rest of the family, including wife Princess Sofia, watched the festivities from the balcony. Even though it was the king's big day, it was Princess Estelle and Prince Oscar who stole the spotlight. The royal siblings looked too precious for words as they stood alongside their parents, Princess Victoria and Prince Daniel, at the palace. Aside from waving to the crowd, Estelle also shared a sweet moment with her grandfather when she reached her arms out for a hug.