We saw Gary Barlow, Mark Owen, Jason Orange and Howard Donald heading back to England from LA not so long ago, after working hard on the new Take That album The Circus. They debuted their new single "Greatest Day" (out Nov. 24) recently, and now the video has been released, in which the men look very handsome, swoon — so check it out below! There's also fantastic news for those desperate to see them up a little closer, as they've announced their first live Spring 2009 UK tour dates! 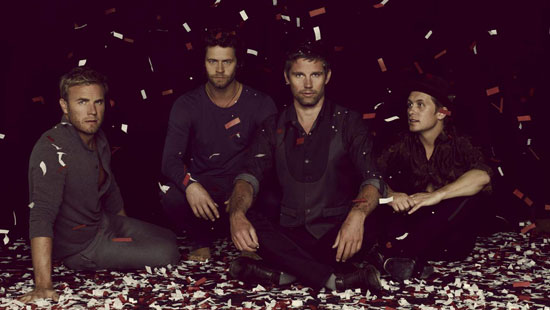 Check out the dates and the video below to see when they're going to be near(ish) you, tickets go on sale on October 31 at 9am so, like me, you'd better get your dialing fingers ready to be in with a shot at seeing one of their trademark spectacular shows.

To see The Circus Live tour dates and the making of the "Greatest Day" video, just read more.