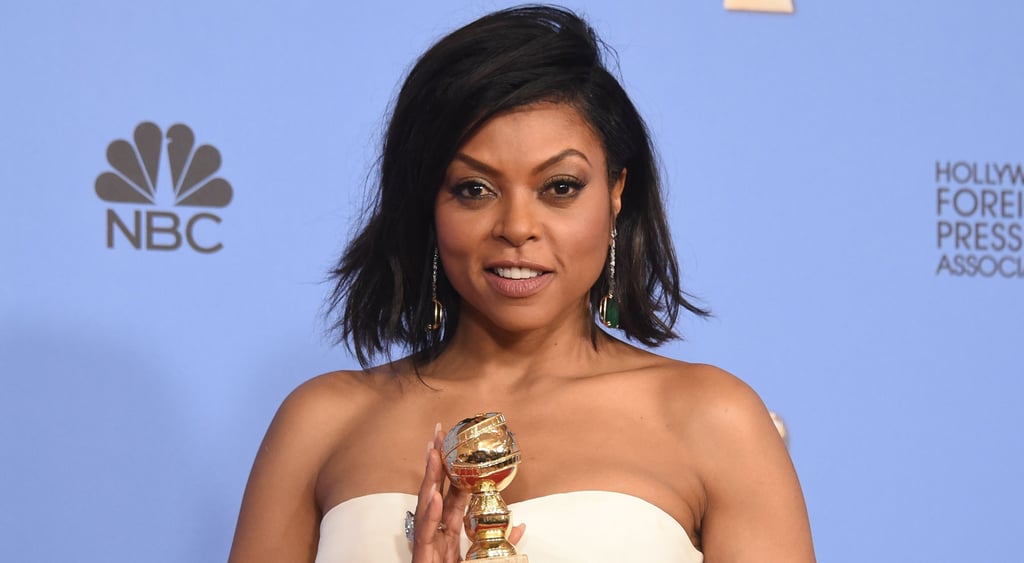 Taraji P. Henson won the Golden Globe Award for best lead actress in a TV drama on Sunday night in LA, but that's not the best part. As the actress made her way to the stage to give her acceptance speech, she passed out cookies. It's a hilarious move, given the fact that her character is named Cookie Lyon on Empire. When Taraji entered the press room for a postmortem interview, she addressed the cookies in question on more than one occasion. Read what she said below, then see more of the Empire cast's Golden Globes night.

Celebrity Style
Mj Rodriguez Flaunted a Chic Victorian Look at the Met Gala, and Wow, Those Sleeves
by Lauren Harano 5 days ago