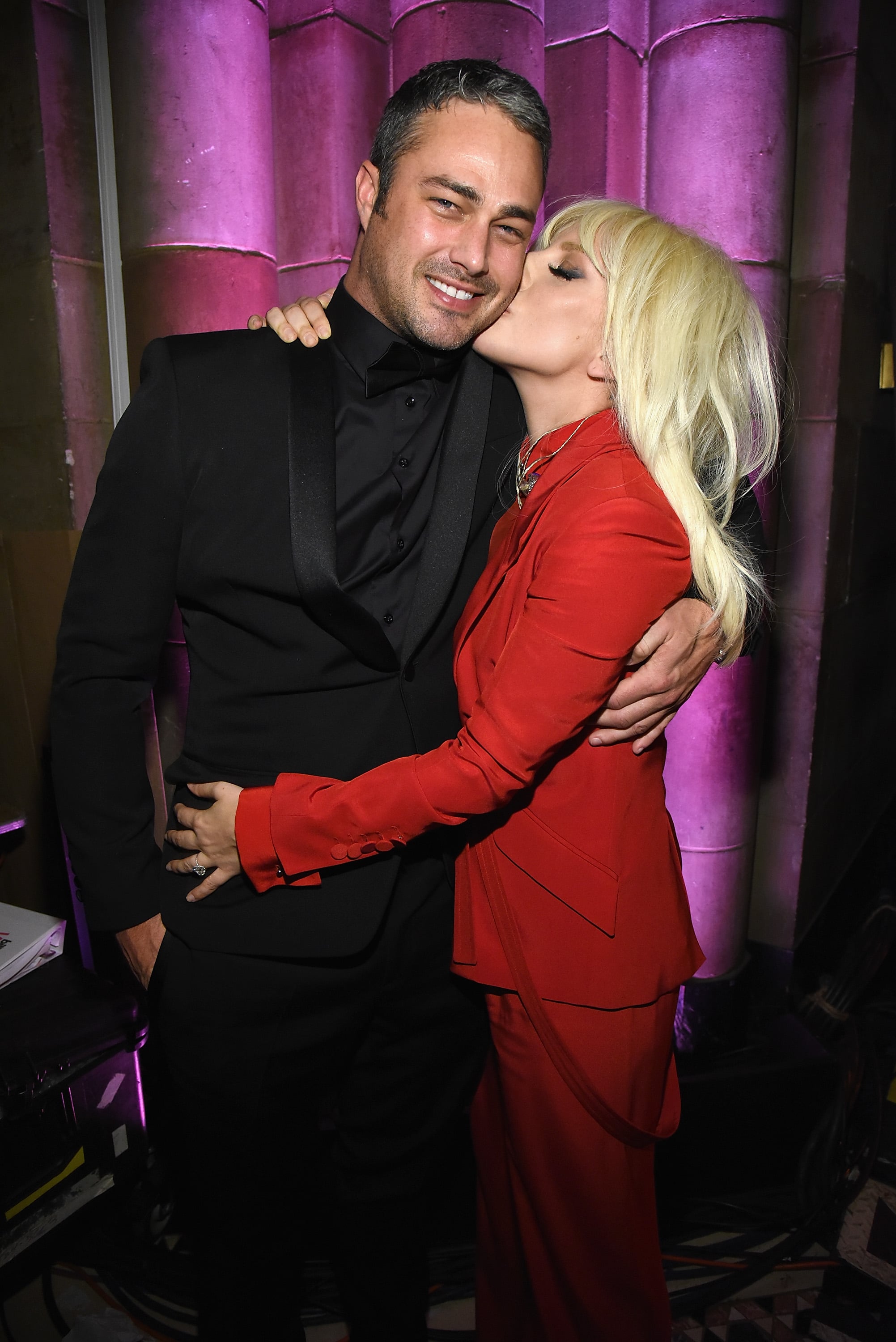 Lady Gaga gave a stunning, nostalgia-inducing performance during the Super Bowl Halftime Show on Sunday, and in addition to having her best friends and parents in the audience — she even stopped during her set to say hi to them — her ex-fiancé, Taylor Kinney, was also in the stands on her big night. Taylor was spotted hanging with fellow actors Zachary Levi and David Walton in the stands and popped up in a photo that made the rounds on Twitter. Though Gaga and the Chicago Fire star went their separate ways in July 2016 after five years together, she has since called him her "best friend" and confirmed that he was the inspiration for her hit single "Perfect Illusion." It comes as no surprise, then, that Taylor would support his former flame through such a huge accomplishment, and we really love it.

Gaga explained their split in a heartfelt Instagram snap at the time, saying, "Taylor and I have always believed we are soulmates. Just like all couples we have ups and downs, and we have been taking a break. We are both ambitious artists, hoping to work through long-distance and complicated schedules to continue the simple love we have always shared." She added: "Please root us on. We're just like everybody else and we really love each other." We're holding out hope that their break will come to an end and this latest show of affection definitely helps.