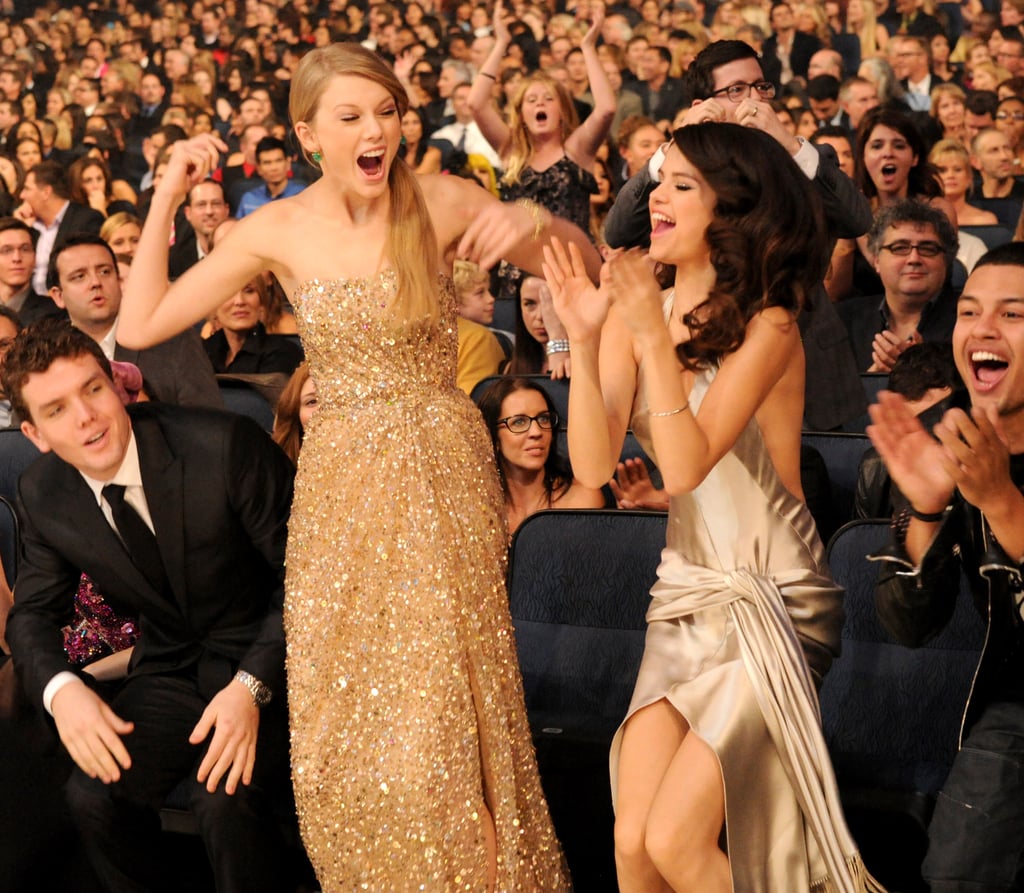 When They Celebrated Big Wins Together

Over the past couple years, Taylor Swift has surrounded herself with plenty of awesome, famous female friends, but there's something extraspecial about her relationship with Selena Gomez. They have been close since their early days in the spotlight, regularly showing their love for each other during interviews and on social media. Back in 2009, Selena told Seventeen how much their friendship means to her, saying, "Every single problem I ever have is healable by Taylor Swift! If I ever I have an issue, Taylor has gone through it, because she's older than me, and she gives the most thought-out answers . . . We literally talk every day."

Years later, Selena gave an example of that Taylor wisdom when she appeared on The Talk in 2014, saying that Taylor once told her this gem: "'Selena, if you're the smartest person in the room, I think you're going to be in the wrong room.'" Meanwhile, Taylor once called Selena "the closest thing" she's ever had to a sister, and their Instagram feeds are full of sweet snaps. Check out some of Taylor and Selena's best BFF moments through the years, including Selena's fierce cameo in the "Bad Blood" music video!