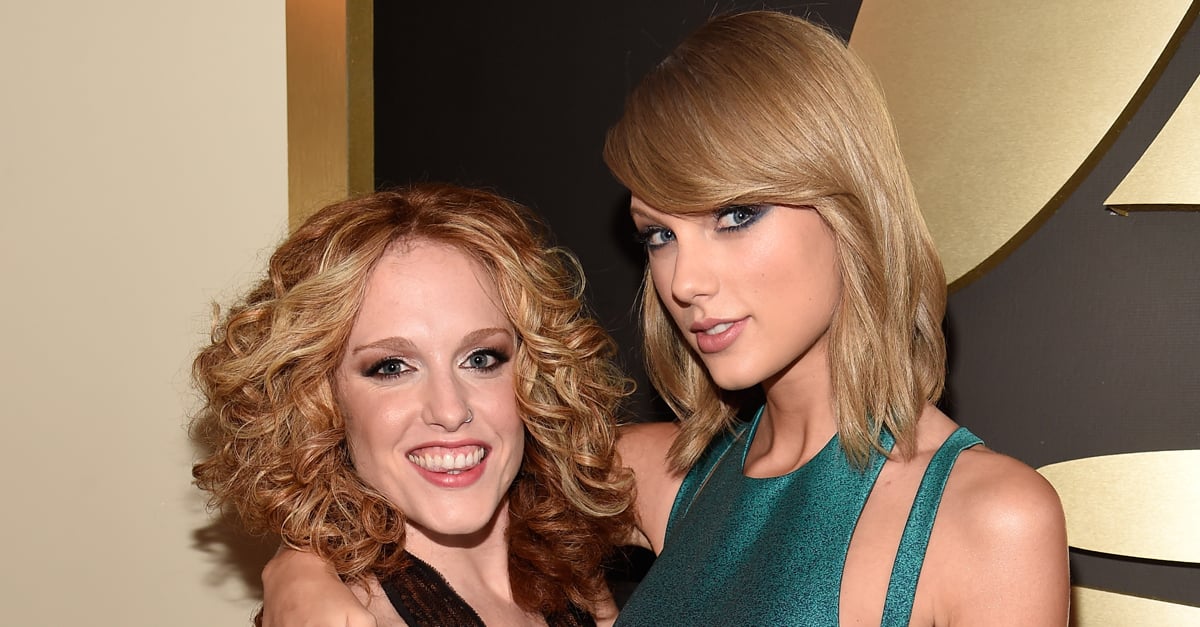 After Kim Kardashian shared video evidence that Taylor Swift knew about Kanye West's "Famous" lyric on Sunday, it was only a matter of time before Taylor's childhood BFF, Abigail Anderson, jumped in the ring to defend her friend. On Monday, Abigail blasted Kanye for his offensive lyrics in a now-deleted Twitter rant that reads as follows:

"Lord, hear my prayers. … I pray God helps your daughter understand, that despite how many times she'll hear daddy reference all women as 'b*tches,' she isn't one," Anderson wrote on Monday, July 18. "I pray she understands her father actually IS faithful to her mother, despite all the adulterous comments she will hear her father making. … I pray that she will understand 'adultery and b*tches' are just daddy's form of art and not to worry because not every man thinks like him. … Lastly, I pray for forgiveness. May God forgive you & your wife for doing to others the very things you pray are NEVER done to your daughter."

She then concluded her rant with a note that read, "Guys...I will always stand by my best friend. There's no point in fighting over than. #BlessIt."

Guys...I will always stand by my best friend. There's no point in fighting over than. #BlessIt

Moments later, Abigail retweeted Selena Gomez's tweet from Sunday night and explained why she deleted her post, writing, "For the record, I usually delete my tweets once the death threats start rolling in...nothing more or less than that. #MovingOn."

For the record, I usually delete my tweets once the death threats start rolling in...nothing more or less than that. #MovingOn

Of course, Abigail isn't the only one coming to Taylor's defence. In addition to her fans, Ruby Rose, Chloë Grace Moretz, Camilla Belle, and Martha Hunt have all spoken out about the feud.