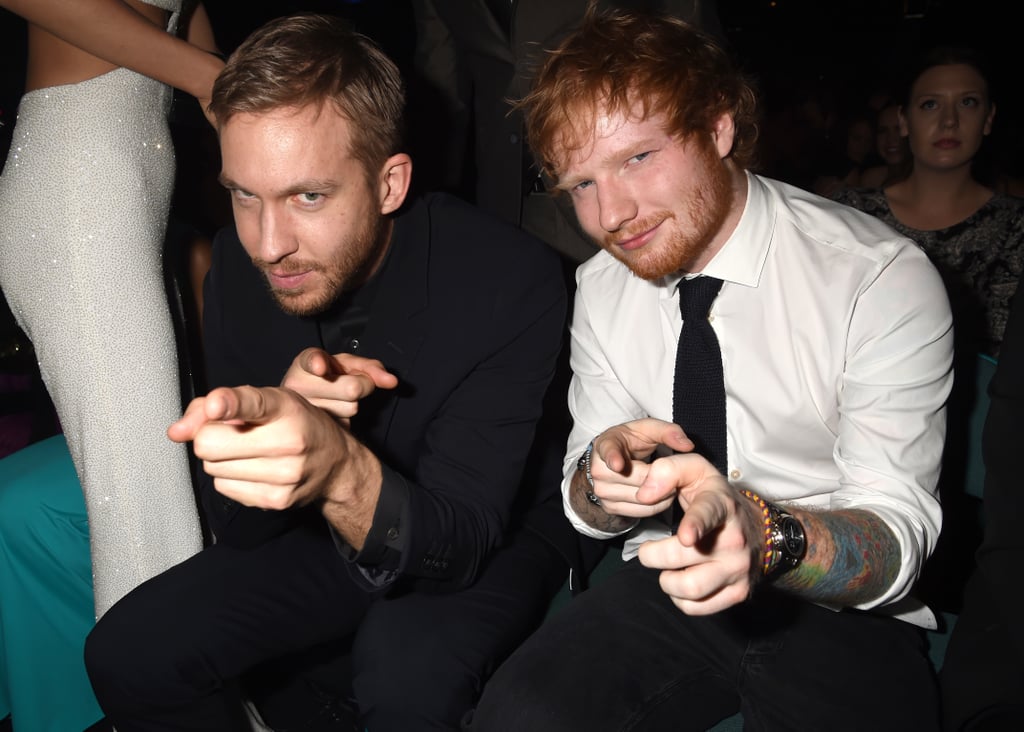 But Nothing Beats Their Pointing Pose

Looks like there's nothing but love between the two famous men in Taylor Swift's life. Although Taylor and Calvin Harris's sweet PDA stole the spotlight at the Billboard Music Awards in Las Vegas, Calvin's interactions with her BFF, Ed Sheeran, were pretty cute, too. The pair chatted and laughed throughout the show, with Taylor joining in at one point, leaning over Calvin to chat with Ed. It was one of many bromances at the Billboard Music Awards, and one that Taylor must be excited about. In early May, she shared a funny photo of her texts with Ed, giving a hilarious peek inside their friendship. Meanwhile, she's been spotted on multiple outings with Calvin, holding hands with him during a date day after she attended his concert with her friends. Keep reading for the best pictures of Calvin and Ed at the Billboard Music Awards, then watch Taylor Swift's "Bad Blood" music video, which premiered at the start of the show.

British Celebrities
Stop Right Now: The Spice Girls Are Back With New Music For the First Time in 14 Years
by Navi Ahluwalia 31 minutes ago