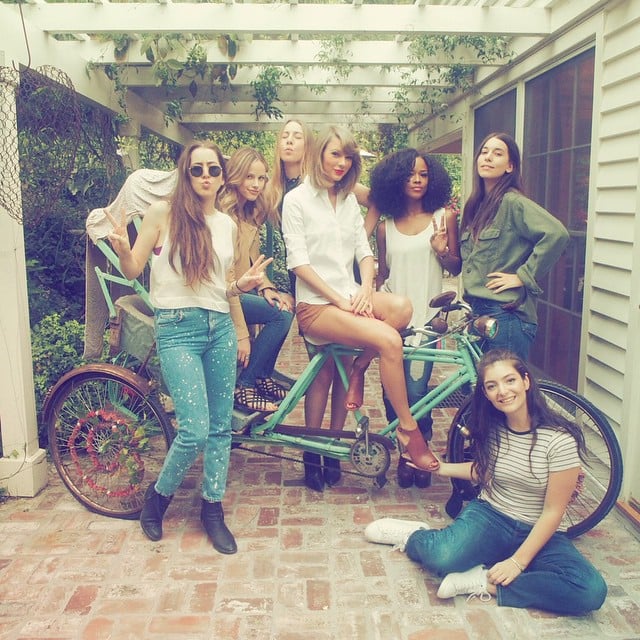 Taylor Swift and Calvin Harris Throw a BBQ Together — See the Snaps!

It's been a few weeks since Taylor Swift and Calvin Harris held hands on their night out, and now the duo and her friends have basically confirmed the relationship is still a thing. On Tuesday, Calvin and Taylor cohosted a BBQ at her home in LA. Although the duo didn't post pictures of each other, they let their Instagram followers know what was happening by sharing pictures of the same group. One of Calvin's photos features Ellie Goulding and the Haim sisters, whom Taylor counts as some of her closest celebrity BFFs. Meanwhile, Taylor's snap shows that pal Lorde, Empire star Serayah, and actress Halston Sage were also in attendance. According to Ellie's tweet about the party, Calvin even took on grilling duties at the bash.

Shoutout to @CalvinHarris for hooking me up with vegan bbq tonight

If all that didn't give it away, check out the moment Calvin chilled with two cats in a kitchen. These aren't just any felines, though — they're actually Meredith and Olivia, Taylor's prized pets. Keep reading to see the group's Instagrams!