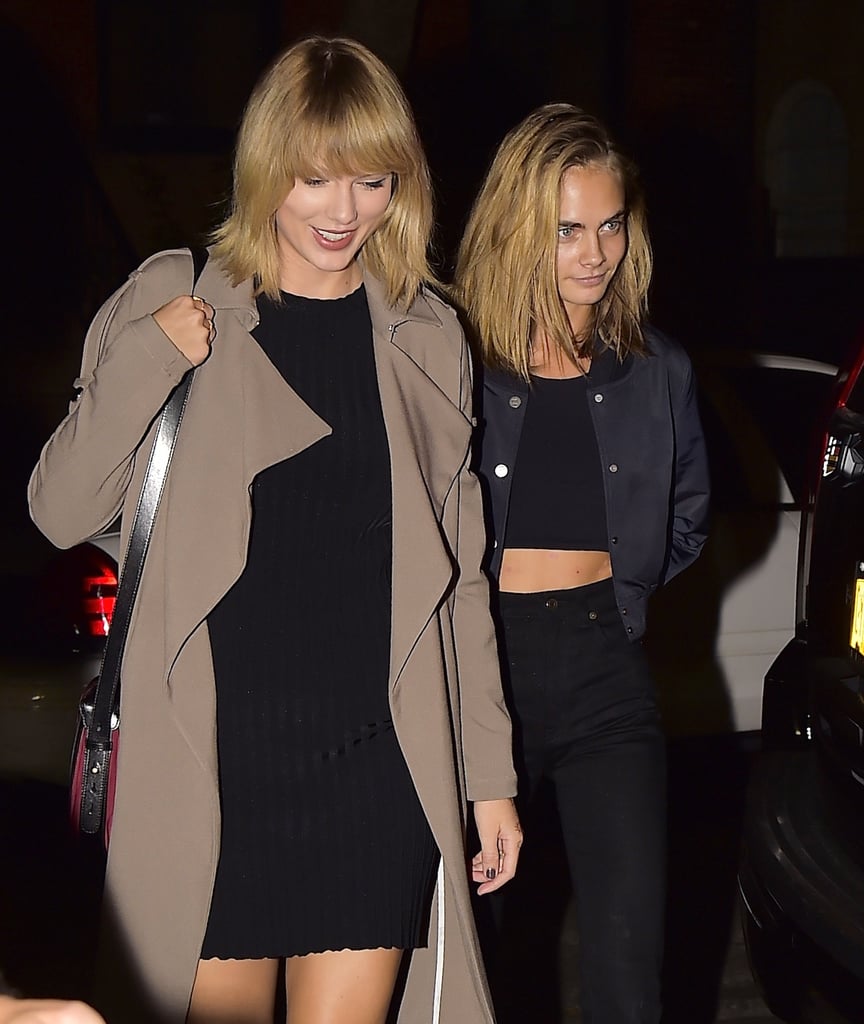 Taylor Swift appeared to be in good spirits when she hit the town in NYC with pal Cara Delevingne on Tuesday night. The "Bad Blood" singer sported a new 'do and flashed a smile as she walked alongside Cara. Taylor's latest appearance comes just days after Kanye West publicly dissed her during his Nashville tour stop over the weekend. While performing at Bridgestone Arena, the rapper played his controversial "Famous" lyric about Taylor not once, but three times. At one point, he even paused and told the crowd, "So many people told me, 'You've got to take that line out of the song. You got to play it safe,' but this is what rap music is . . . This is what art is. Saying how you feel. And this song is how I feel."

Kim Kardashian also recently opened up about her feud with Taylor in a new interview with Wonderland magazine, admitting that some of the singer's BFFs reached out to her personally about the falling out. While Kim didn't reveal any names, she did say, "Girls in her squad hit me up on text."