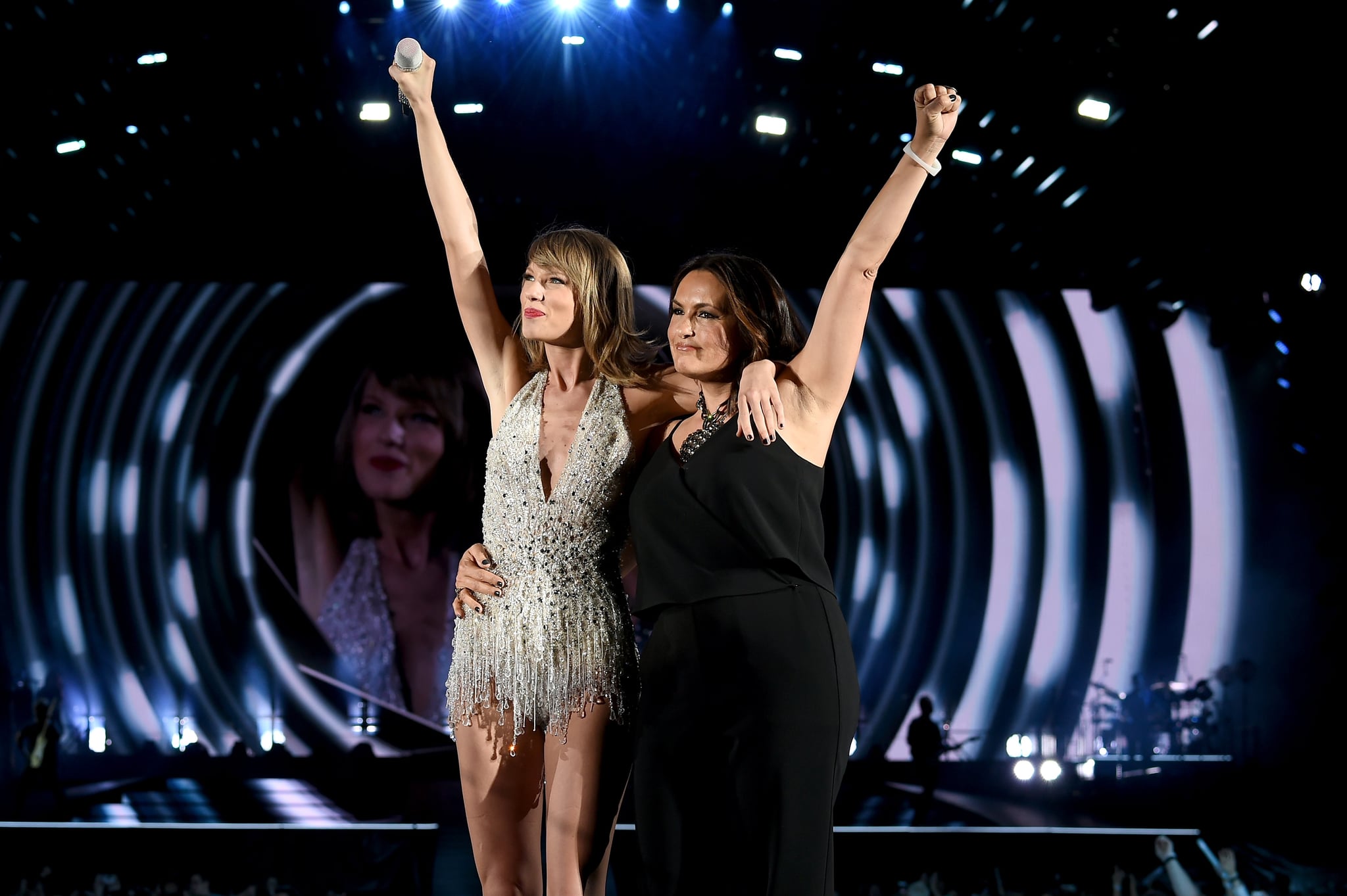 Taylor Swift is already making good on her promise to help support sexual assault victims after winning her groping trial against DJ David Mueller. According to E! News, the singer gave an undisclosed but "generous" amount of money to fellow sexual activist and close friend Mariska Hargitay's Joyful Heart Foundation, which seeks to "heal, educate, and advocate" sexual assault, domestic violence, and child abuse survivors. "Joyful Heart is honoured to be recognised by Taylor Swift for our work on behalf of and in service to survivors of domestic violence, sexual assault, and child abuse," a spokesperson for the charity said.

Shortly after the donation, Mariska posted a sweet message to Taylor on social media writing, "For sharing your story, your resources, your time, your voice: @taylorswift13 you are a force. #grateful for you." The friendship between the two ladies actually goes pretty far back. Not only did the actress make a cameo in the singer's "Bad Blood" music video and appear on stage during her 1989 Tour, but Taylor even named one of her cats after Mariska's Law & Order: Special Victim's Unit character, Olivia Benson.