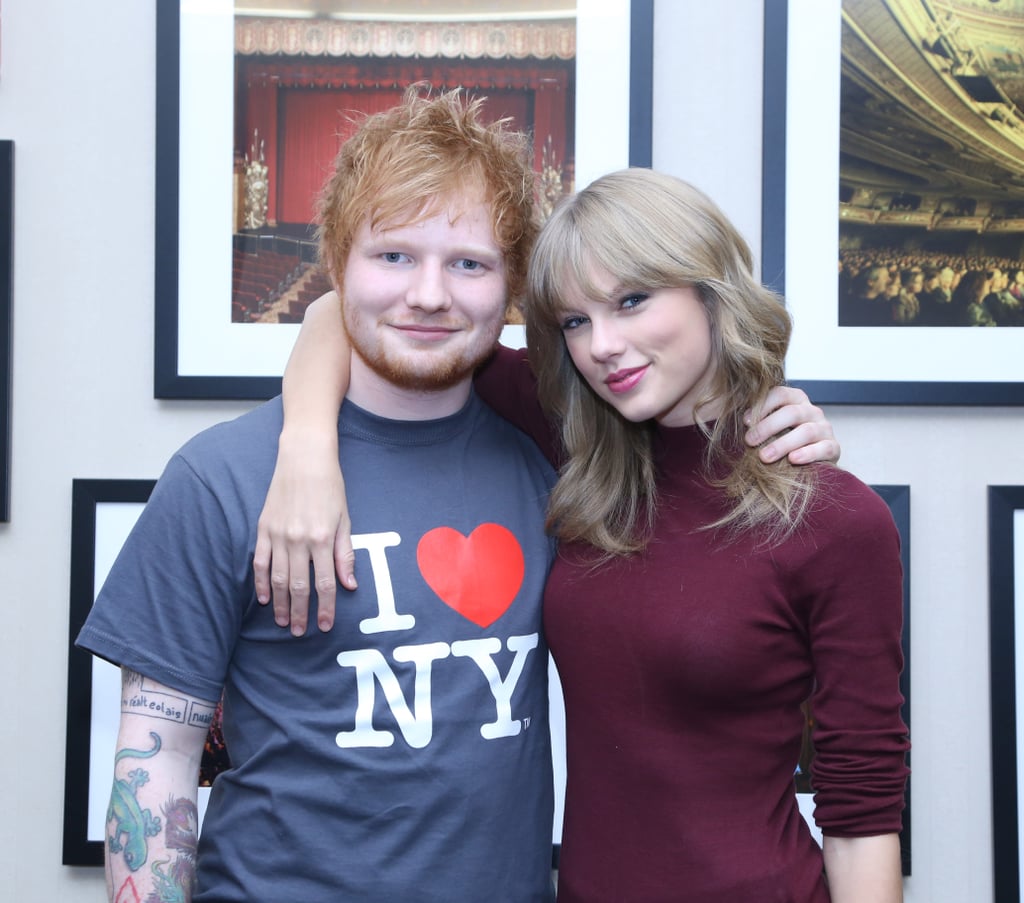 When They Posed Backstage at Madison Square Garden

It's no secret that Taylor Swift has a whole lot of awesome friendships with other stars, but there's something pretty special about her relationship with Ed Sheeran. As the story goes, Taylor and Ed first met after he heard she'd been writing his song lyrics on her arm during a show in Australia. From there, he linked up with her manager, the singers collaborated on "Everything Has Changed" in 2012, and Ed ended up joining Taylor for several dates on her Red tour throughout 2013. Since then, #Sweeran has really become a thing, and over the past couple years, the pair have shared more than a few great moments together. They even had a supercute moment together at 2016's Grammys!

On social media, they've posted hilarious selfies, funny text messages, and must-see pictures of gifts they've given each other that will make you laugh out loud. Just for fun, take a look at some of Taylor and Ed's standout BFF moments, then check out the best pictures of Taylor and her squad, plus all the incredible moments from Taylor's last year.

Taylor Swift
Taylor Swift Responds to Plagiarism Lawsuit: "The Lyrics to 'Shake It Off' Were Written Entirely by Me"
by Eden Arielle Gordon 4 days ago

Ed Sheeran
Ed Sheeran Announces Birth of Second Child: "Over the Moon to Be a Family of 4"
by Eden Arielle Gordon 19/5