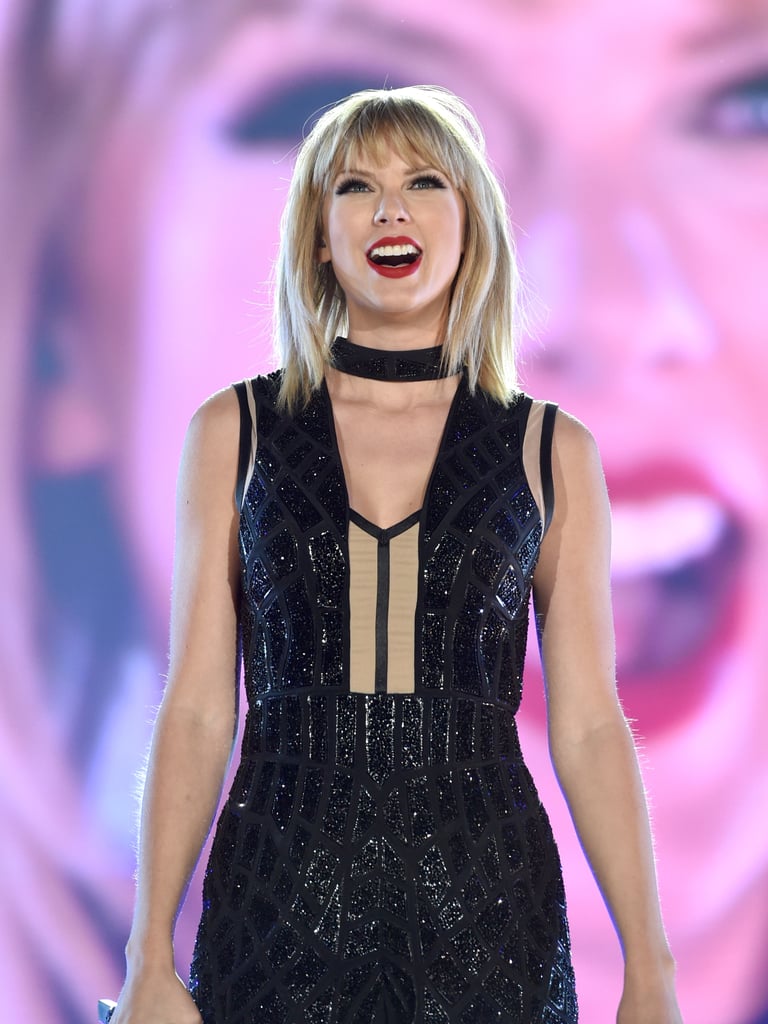 Taylor Swift is out of the woods! On Saturday, the singer returned to the stage for her first concert in nearly a year at the Formula 1 US Grand Prix in Del Valle, TX. Clad in a sparkly black ensemble, Taylor brought the house down with her performance, which included hits like "Fifteen," "You Belong With Me," and ex-boyfriend Calvin Harris's Summer anthem "This Is What You Came For." Yep, you read that right! Before belting out the song, Taylor yelled out to her fans, "Welcome to F1 on a Saturday night!" She then told the crowd, "As a songwriter, the most rewarding feeling in the world is writing something and then having a crowd sing it back to you because they know the words. It's the coolest thing in the world and I've never played this song live before, but you know it. Maybe you could sing along, and then I could get to know what that feels like to hear it sung back to me."

Back in September, Taylor shared an Instagram video of herself singing along to the controversial track (which she wrote under the pseudonym Nils Sjoberg for Calvin) as she cheered on pal Gigi Hadid at New York Fashion Week. While it's been rumoured that Taylor and Calvin are reportedly friends again, Saturday night's concert marked the first time Taylor performed at a public event since she wrapped up her 1989 world tour in December 2015, though she did tell the audience that it would be her only live concert in 2016.

Related:
Who Are Taylor Swift's Songs About? An Investigation
Previous Next Start Slideshow
Celebrity InstagramsTaylor Swift

Celebrity Holidays
Jennifer Aniston Holidayed With Jason Bateman and His Wife: "Take Us Back"
by Eden Arielle Gordon 17 hours ago