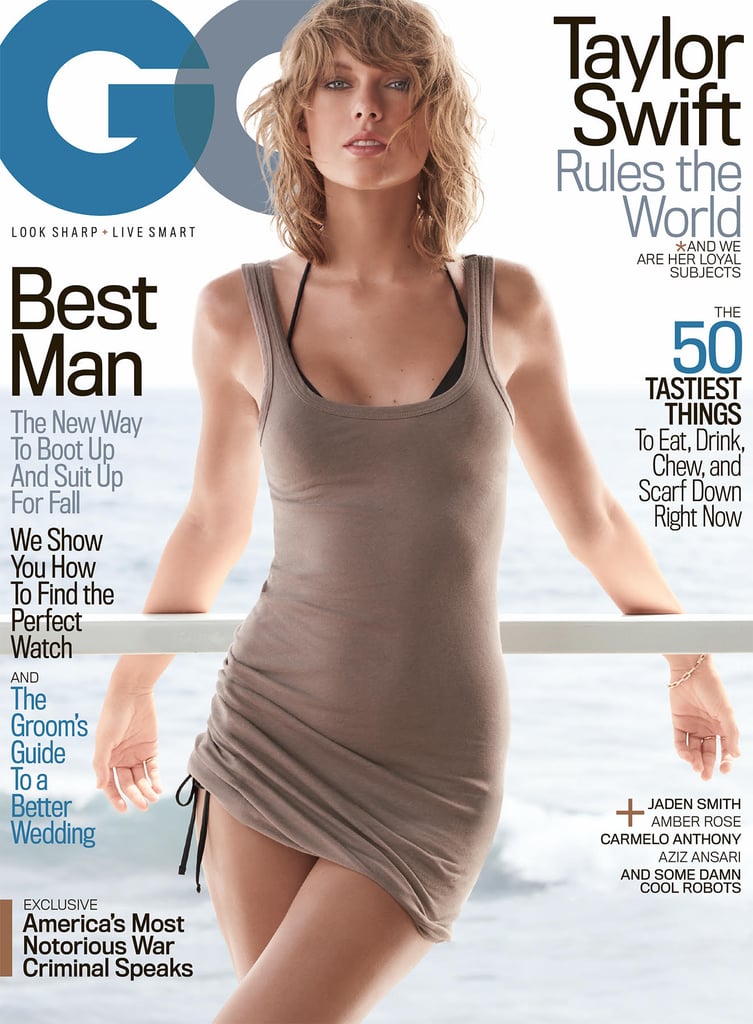 Taylor Swift got candid in her interview with GQ for the magazine's November issue, diving into the story behind "Bad Blood" and the perception of her that she took personally. On songwriting, she explained, "I've never named names, so I feel like I still have a sense of power over what people say — even if that isn't true, and even if I don't have any power over what people say about me." She added, "The fact that I've never confirmed who those songs are about makes me feel like there is still one card I'm holding." The song everyone's talked about most this year, of course, is "Bad Blood," which is reportedly about her rumoured feud with Katy Perry. Here's what Taylor had to say about that:

"You're in a[n] interview, and the writer says, 'Who is that song about? That sounds like a really intense moment from your life.' And you sit there, and you know you're on good terms with your ex-boyfriend, and you don't want him — or his family — to think you're firing shots at him. So you say, 'That was about losing a friend.' And that's basically all you say. But then people cryptically tweet about what you meant . . . I never said anything that would point a finger in the specific direction of one specific person, and I can sleep at night knowing that. I knew the song would be assigned to a person, and the easiest mark was someone who I didn't want to be labelled with this song. It was not a song about heartbreak. It was about the loss of friendship."

Keep reading to check out more must-read quotes from the interview, then look back on the many incredible moments in Taylor's ridiculously awesome year.