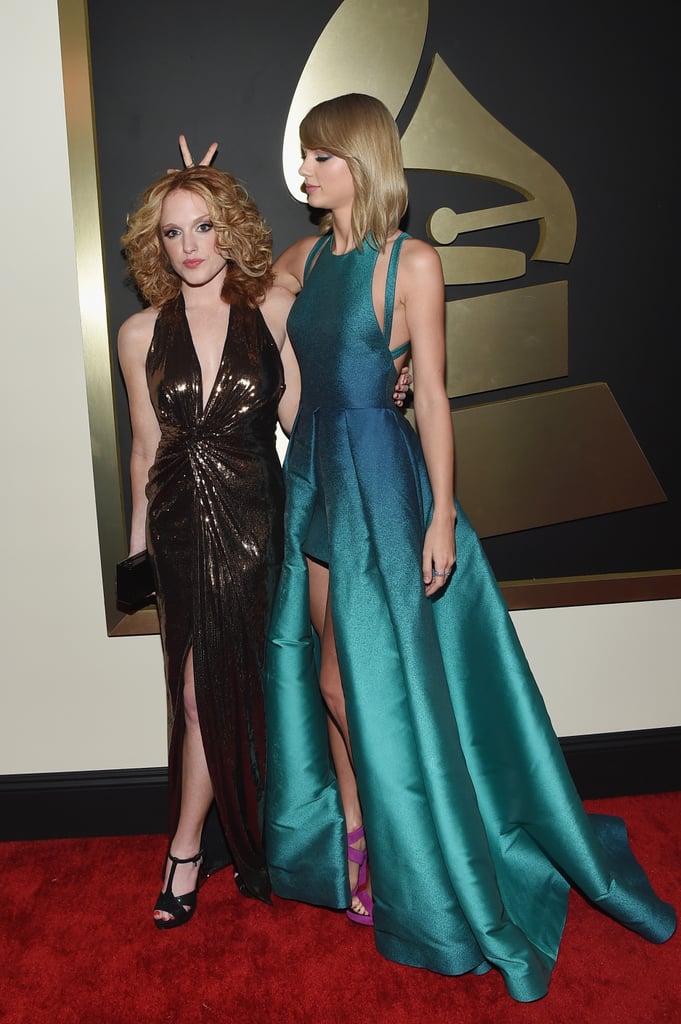 Taylor Swift is known for having a huge circle of famous girlfriends, but it was her longtime friend Abigail who joined her at the Grammys on Sunday. A few days before the show, Taylor tweeted a throwback picture of the pair rocking ball gowns and tiaras, writing, "We'll try to dress as well in 2015 as we did in 2005." She also shared a cute photo of her and Abigail making funny faces, saying, "Expect to see similar facial expressions tonight." The duo delivered on her promise, joking around when they hit the red carpet together and showing plenty of enthusiasm during the performances. Although Pharrell didn't quite seem to understand Taylor's excitement, she definitely had a blast, shaking it off in her gorgeous Elie Saab dress.

Taylor wasn't among this year's Grammy performers as she's busy prepping for her upcoming tour, but she did receive multiple nominations, and during the show, she hit the stage to present the award for best new artist, which went to Sam Smith. Check out the best pictures from Taylor's night at the Grammys, and then see all the stars at the Grammys!