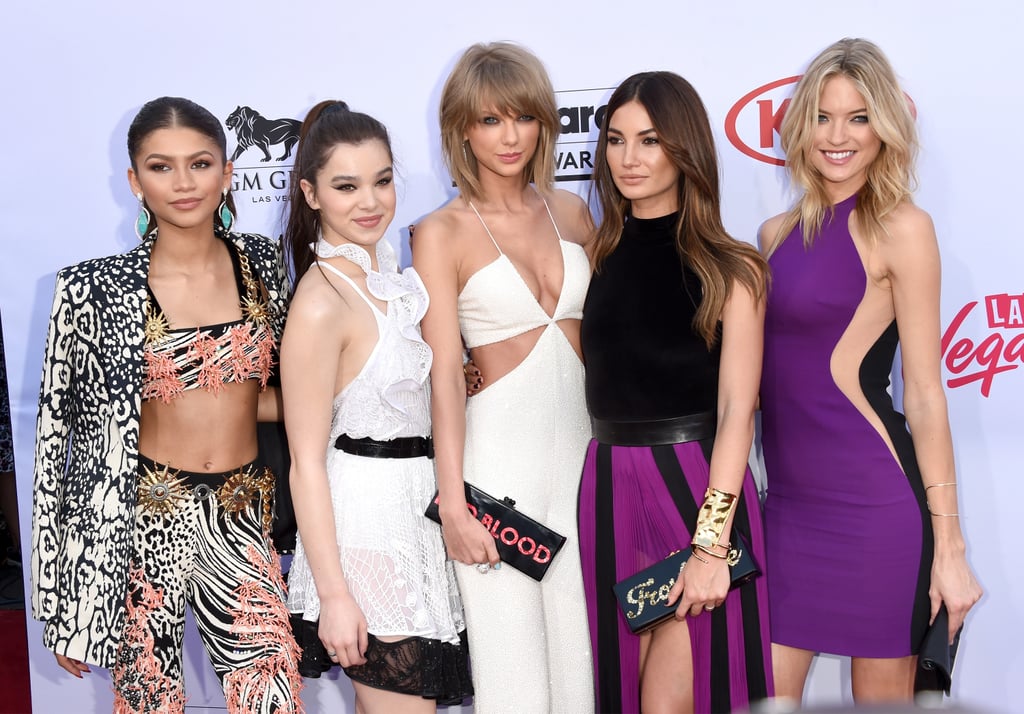 Taylor Swift brought the heat to Sunday night's Billboard Music Awards in Las Vegas, and she had her army of friends to help her along. While Taylor was strutting her stuff in a gorgeous white jumpsuit (with a "Bad Blood" clutch to boot), she was joined by Zendaya, Hailee Steinfeld, Lily Aldridge, and Martha Hunt. Her red carpet friend-fest is absolutely appropriate, given the fact that she kicked off the night with the premiere of her "Bad Blood" music video. Taylor's been teasing the video for weeks, giving us glimpses at the staggering roster of stars, many of whom come from her extensive list of Hollywood friendships, flames, and feuds. The night wasn't all about friends for Taylor, though, since she was joined by her new beau, Calvin Harris, inside. Keep reading for more pics from Taylor's red carpet domination.