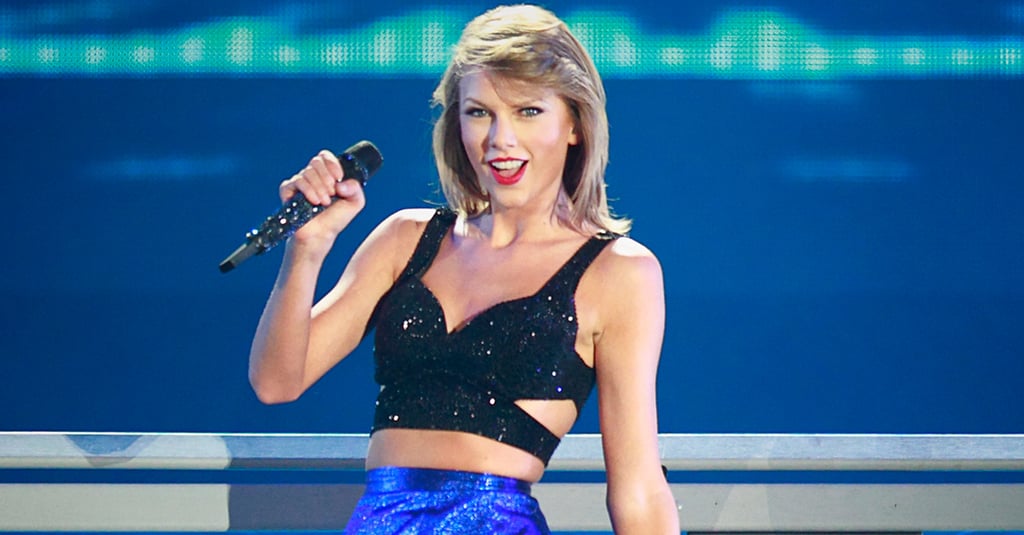 Taylor Swift is famous for dancing like nobody's watching during award shows, and this week, she satisfied a fan's request to define one of her moves. Somebody on Tumblr posted a GIF of Taylor dancing and singing along at this year's Grammy Awards, and the pop star replied after one fan wrote, "Taylor this is so important, we need a name for this move." Here's her perfectly on-point response:

The Mom-Croon - (noun) A dance move invented at the 2014 Grammy Awards. To sway, perform, and sing along to a song in an extremely emotional or sentimental way, possibly incorporating hand gestures. Eyes closed, lost in the music. The way your mom gets taken away by a tune from her high school days, glass of red wine in hand, shuffling around the room as her teenage kids roll their eyes in disdain. Cynics may judge the Mom-Crooners (MC's as they are commonly referred to in the dance world) as it is a form of dance only perfected by those willing to be absolutely swept away by the feels you get when you hear a certain song. Those who know how to Mom Croon cannot see the eye rolls of haters. They have reached a level of musical transcendence that is hater-proof. Once you perfect the mom croon, you are truly free.

Used in a sentence: "Oh look, Taylor's being embarrassing again– just mom-crooning away in the corner by herself because Sometimes by Britney Spears came on. Oh God. Now she's crying."

Well played, Taylor. Well played. Check out Taylor Swift's best moments of 2015 so far, then see her cutest moments with Calvin Harris, plus all the times Taylor and her friends gave you #SquadGoals.