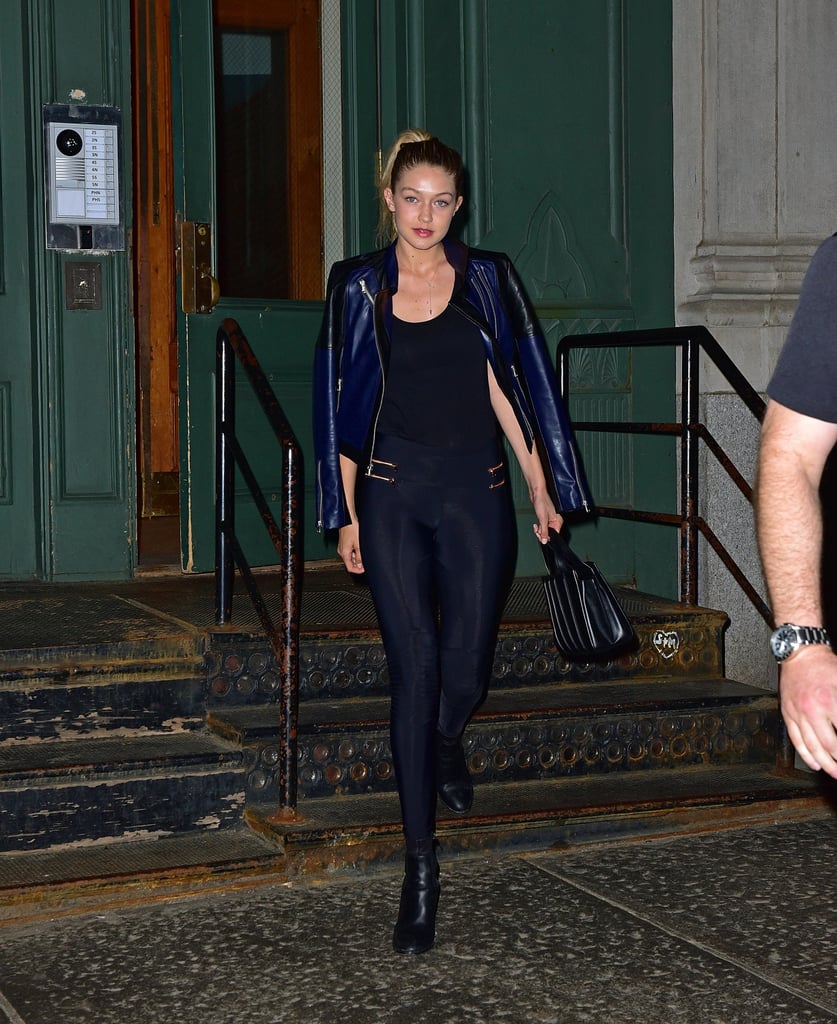 Taylor Swift Holds a Casual Get-Together at Her Apartment With Supermodels, Actors, and Musicians

When Taylor Swift has friends over, she has friends over. The singer hosted a small get-together at her New York City apartment on May 28, and in true Taylor fashion, her squad game was strong. Lena Dunham, Jack Antonoff, Karlie Kloss, and Gigi Hadid all stopped by Taylor's Tribeca pad on Thursday for a seemingly casual affair. And funny enough, every guest except Jack appeared in Taylor's "Bad Blood" music video. The fun night in came just a few hours after Taylor had a sweet lunch date in the West Village with boyfriend Calvin Harris and BFF Ed Sheeran. Keep reading to see some of her famous pals at her apartment, then check out Taylor and Calvin walking hand in hand during a date on Tuesday.

Celebrity Kids
Gigi Hadid Is a Mum! The Model Gives Birth to First Child With Zayn Malik
by Monica Sisavat 24/9

Kith
Gigi Hadid Modelled For Kith x Calvin Klein's Underwear Collab, and The Pictures Are Something Else
by Nikita Charuza 14/9

HIIT Workouts
This Trainer Created a 20-Minute HIIT Workout Set to Taylor Swift, and We Can't Calm Down
by Samantha Brodsky 15/9