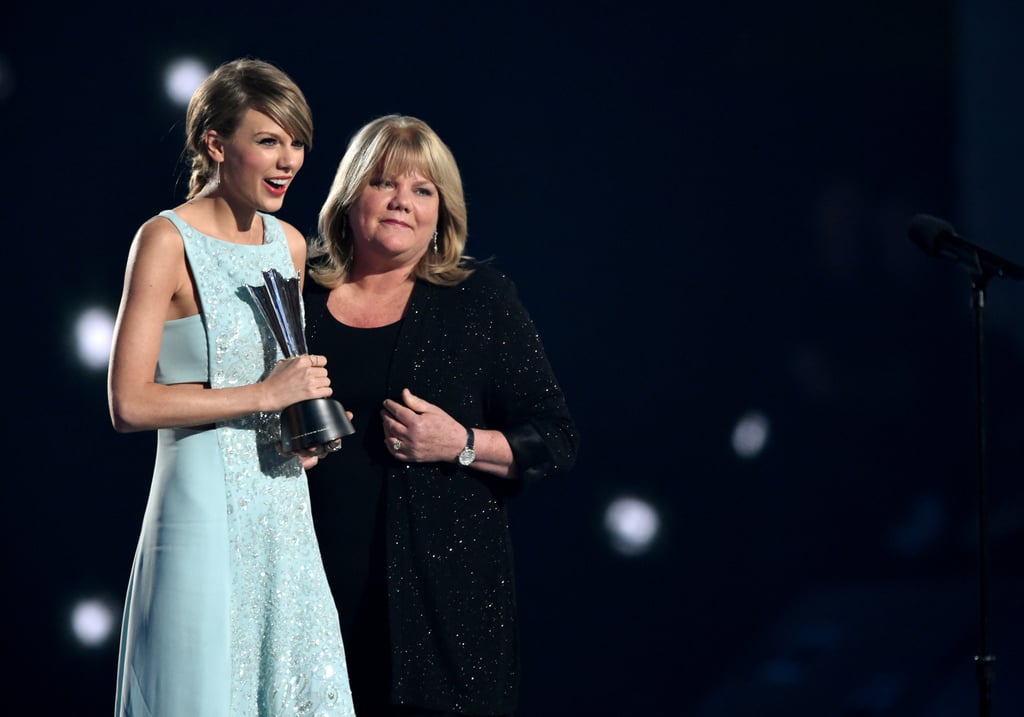 Taylor Swift Is Honoured at the ACMs With a Touching Tribute by Her Mum, Andrea

Taylor Swift took the stage at Sunday's Academy of Country Music Awards in Arlington, TX, to accept the milestone award. She was presented with the trophy by none other than her mum, Andrea, who gave a touching tribute to her daughter complete with stories about the young singer as she was growing up. Andrea told the audience, "I know you love her as I love her," adding, "And for that, I thank you eternally." Taylor's dad, Scott, was also by his daughter's side in the crowd. It was an especially moving moment, as Taylor recently announced that Andrea had been diagnosed with cancer in a heartfelt note shared on her personal website. The two were all smiles on stage while spotlighting Taylor's many career accomplishments.

Taylor was given the milestone award along with country legends like Reba McEntire, George Strait, Garth Brooks, and Miranda Lambert, a group that many on social media believed the "Shake It Off" singer shouldn't have been a part of, given her pop-inspired album, 1989, which was released late last year. Taylor addressed the matter as she thanked fans for their support in her acceptance speech, saying, "You showed me who you are with the grace that you accepted that with." Keep reading for photos of Taylor's big night at the ACMs, and be sure to check out all the stars that hit the red carpet for the event.