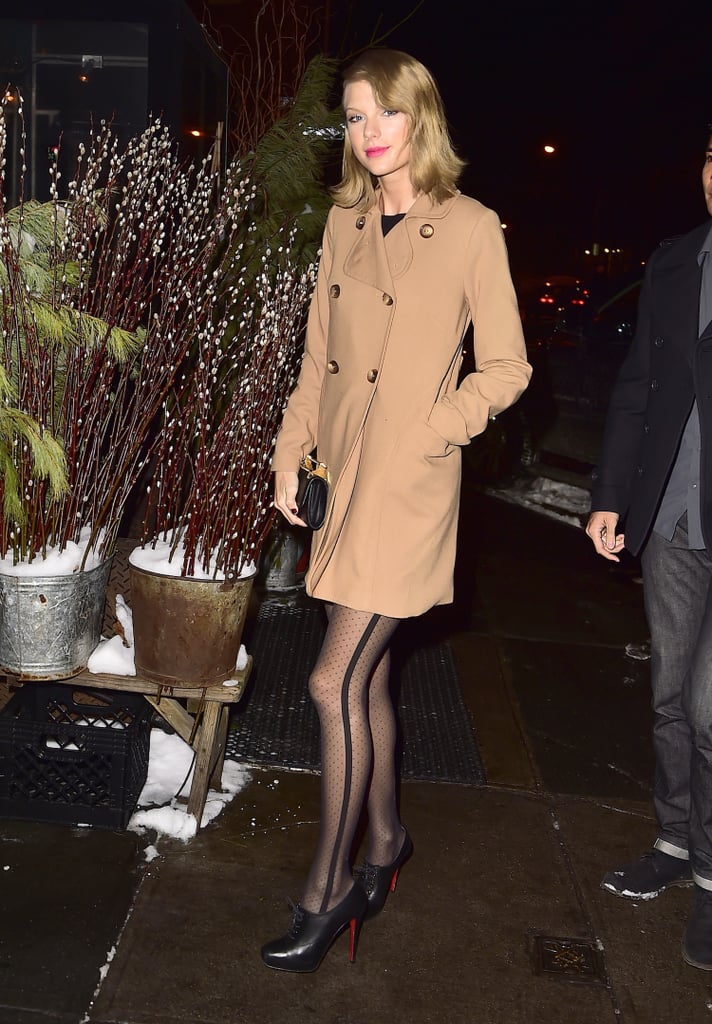 What a difference (almost) six years makes — Taylor Swift and Kanye West were seen leaving The Spotted Pig restaurant in NYC on Tuesday. The pair's outing comes just a couple of weeks after they linked up at the Grammys, chatting and posing for pictures together nearly six years after the rapper memorably interrupted her acceptance speech at the 2009 MTV VMAs. The duo definitely seems to be in a good place, though, and considering Kanye's recent comments about Taylor, this week's dinner date may have been a meeting about a possible collaboration.

Last week, Kanye said Taylor wanted to get in the studio, adding, "We're definitely going to go in." He explained, "Everyone loves music, whether they love hip-hop, alternative, country, and if I could be involved in giving people any type of energy, advice in the studio, whether you're Beyoncé, whether you're Taylor Swift, whether you're Jay Z, whether you're Beck, whoever, and they can be reciprocal with that, I'd like to be involved with that." Kanye isn't the only one Taylor's been hoping to hang out with, though — she pretty much demanded that Jay Z do brunch with her. Check out pictures of Taylor and Kanye's night, and then see her hilarious Jumbotron dancing with Jimmy Fallon!