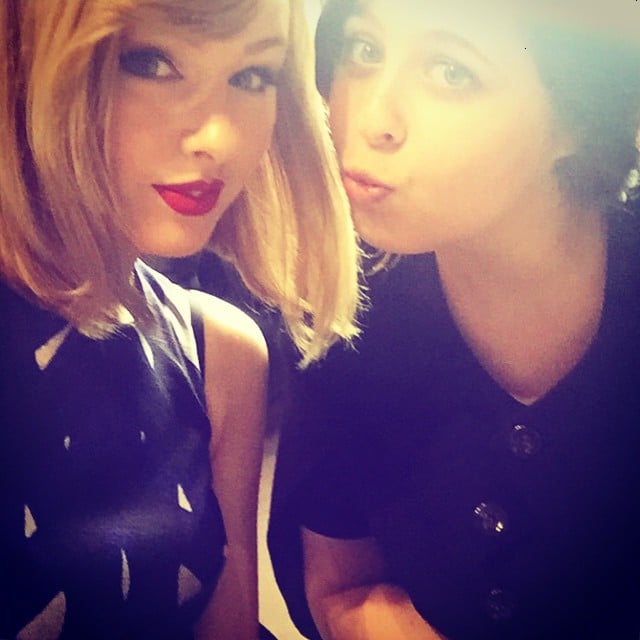 Taylor Swift is definitely one of a kind, but as it turns out, she has a long lost twin who proves the theory that everyone has an identical doppelgänger somewhere in the world. Olivia Sturgiss, a 19-year-old from Australia, recently took the Internet by storm when Taylor's fans discovered she looks eerily similar to the star. Olivia admitted the entire thing happened by accident, telling the Daily Mail, "I got my hair cut consciously like hers but everything else is just sort of coincidental." The two even met backstage at Taylor's recent Melbourne concert, and the side-by-side image is almost too much. Keep reading to see the photographic evidence, then check out this Angelina Jolie look-alike.