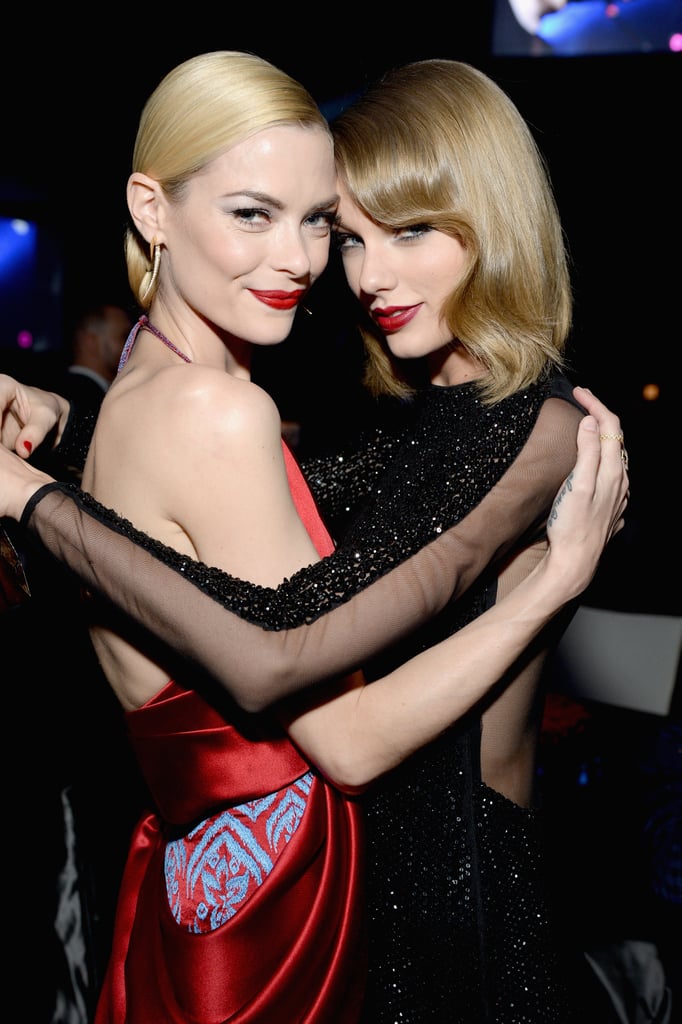 Is Taylor Swift the Queen Bee of Her Famous Girlfriends?

Taylor Swift has no shortage of celebrity gal pals — from her longtime relationships with Selena Gomez and Emma Stone to newfound companions like Jaime King and Lena Dunham, Taylor's roster of famous friends reads like a who's who of hot young stars. One name we probably won't find on that list, however, is Katy Perry; after Taylor revealed to Rolling Stone this week that one of the songs on her new album, titled "Bad Blood," was written about another famous pop star who is now her "straight-up enemy," Katy posted a telling tweet, saying, "Watch out for the Regina George in sheep's clothing . . ."

It has yet to be confirmed whether or not Katy's cryptic message was aimed at Taylor, but one thing's for sure: if Taylor Swift is Regina George, then she has a pretty large group of "Plastics" to call her own. Just this year, Taylor has partied at award shows with Sarah Hyland and Jaime King, rang in her 24th birthday with pop star Lorde, and revealed Jennifer Lawrence to be one of her texting buddies. She also spent Memorial Day with Hailee Steinfeld and Jessica Szohr at her home in Rhode Island, Fourth of July with Emma Stone and Lena Dunham, and offered support to Kristen Stewart after the actress's breakup with Robert Pattinson last year. We're tallying up the singer's high-profile friendships and leaving the verdict up to you: is Taylor Swift the queen bee of her famous girlfriends?

Dua Lipa
Dua Lipa and Anwar Hadid Are Legit Adorable, But He's Not Her First Famous Boyfriend
by Emily Weaver 2 weeks ago

Lucas Bravo
In Case You Were Wondering, Emily in Paris's Resident Hot Chef Lucas Bravo Is Single
by Grayson Gilcrease 3 weeks ago