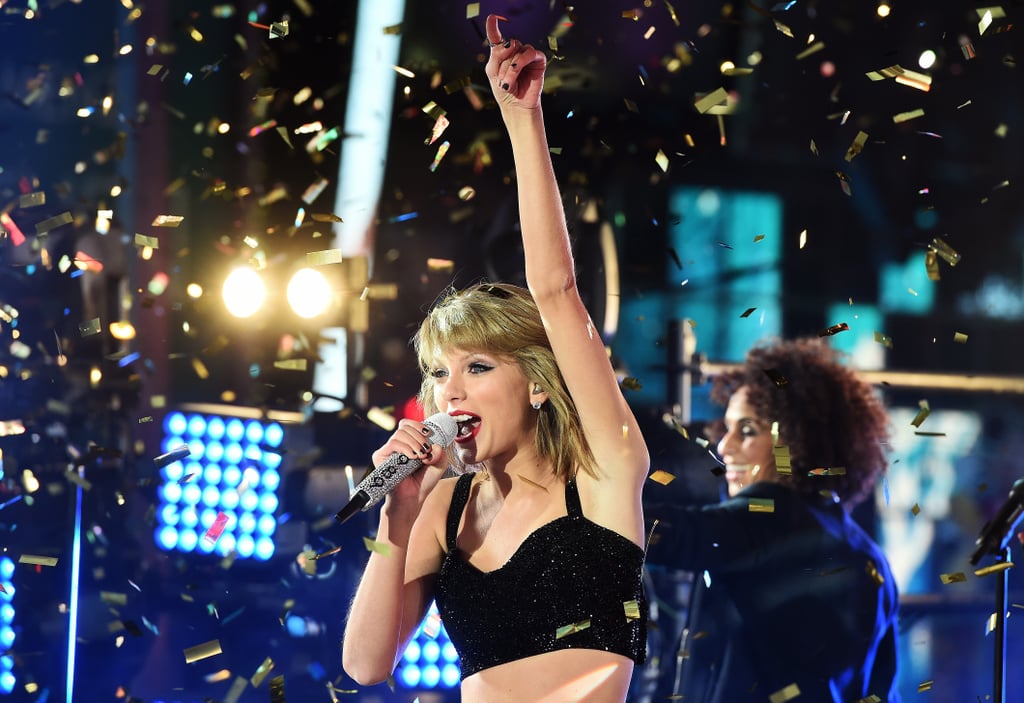 Taylor Swift helped ring in 2015 when she headlined NYC's New Year's Eve performance in Times Square. The singer braved the chilly temperatures in a bra top and sparkly jacket, which she later admitted to host Ryan Seacrest was "the wrong choice" as she was "freezing." Even if she was feeling a little chilly, Taylor didn't let any discomfort show during her performance, taking full command of the stage as she entertained the crowd in front of Times Square's famous New Year's Eve ball. Keep reading to see more photos from Taylor's big night, and be sure to check out how other celebrities rang in 2015!