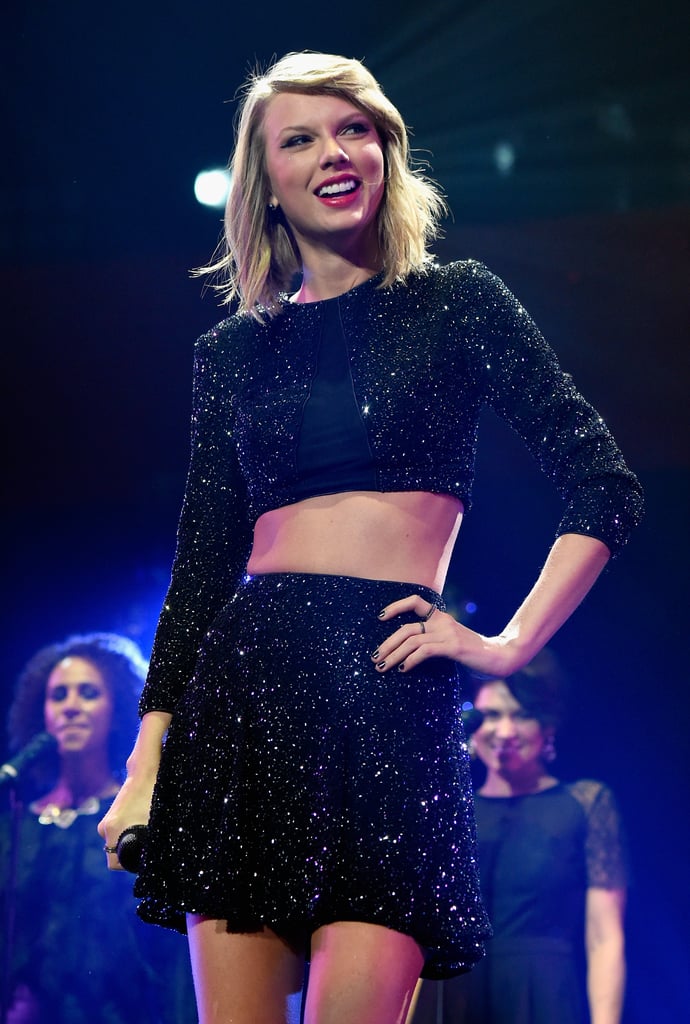 Taylor Swift has come down with a case of laryngitis, but it didn't stop her from stealing the spotlight on Friday. The pop star brought her A game to KIIS FM's Jingle Ball concert in LA, performing a string of hits — including "Shake It Off," "Blank Space," "I Knew You Were Trouble," "We Are Never Ever Getting Back Together," and "Love Story" — for the massive crowd at the Staples Center. Along the way, Taylor gave us even more of the crazy faces that made her American Music Awards performance go viral. Before the show, Taylor took to Twitter to tell her fans about her illness, writing, "I'm about to go onstage at @1027KIISFM #KIISJingleBall in LA. Fun fact: I have a wicked case of laryngitis. This should be interesting!"

I'm about to go onstage at @1027KIISFM #KIISJingleBall in LA. Fun fact: I have a wicked case of laryngitis. This should be interesting!

Taylor has remained mum about speculation that she made out with BFF Karlie Kloss at a performance The 1975 gave in NYC recently, which has been garnering headlines this week. Instead, the singer's rep pointed out that the two were merely chatting. Read on to see Taylor take the red carpet and stage by storm, and then see Ariana Grande and Big Sean's PDA-filled performance.