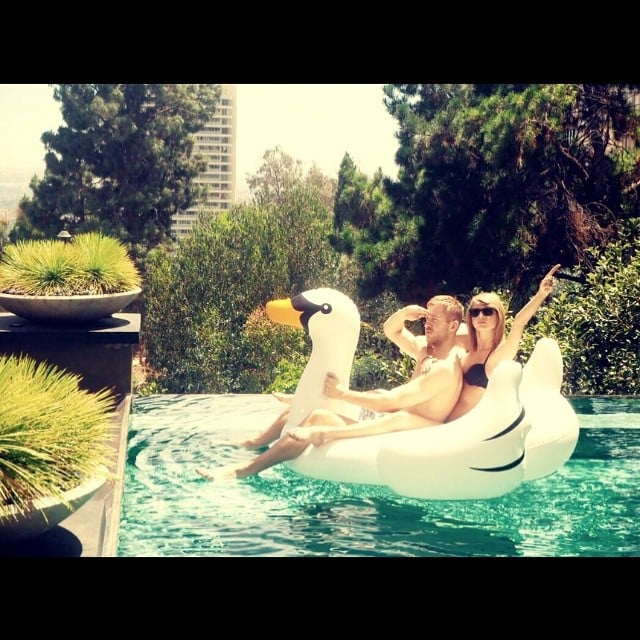 Taylor Swift and Calvin Harris are really heating things up! In a new Instagram snap posted by the pop star herself, Taylor and Calvin float on an inflatable swan together in a pool. "Swan goals," said the caption. Ever since their adorable night together at the Billboard Music Awards, the sweet couple has been taking their relationship to the next level with plenty of sweet dates together. One of them, we should mention, included a surprise appearance by third wheel Ed Sheeran. Just this week, ahead of the "swan goals" snap, Gigi Hadid posted a picture with the two on Instagram, and Taylor tweeted it out, calling both Calvin and Gigi her "favourite people." One thing's for sure: as Summer heats up, we're hoping for even more cute moments from one of the celebrity world's hottest new pairs.