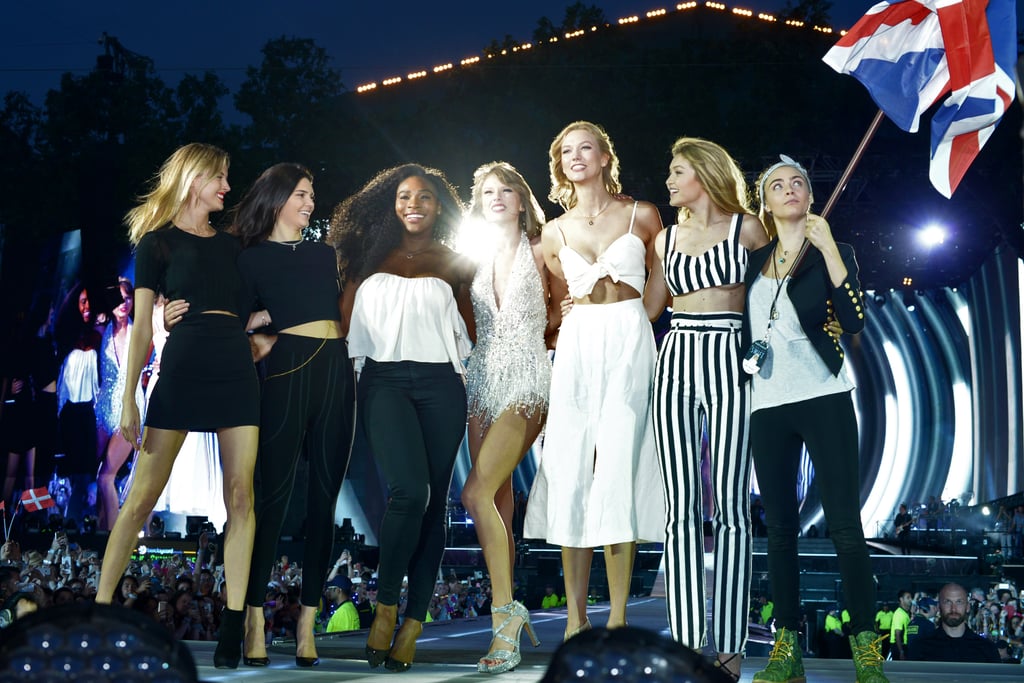 It's going to be hard for Taylor Swift to top her London concert! The singer is known for bringing her friends on stage at her 1989 tour performances, and she took it to a whole new level on Saturday. It all went down during Taylor's performance of "Style." As the video shows, Kendall Jenner and Gigi Hadid kicked things off by turning the stage into a catwalk, giving their best struts while approaching Taylor. Soon, Serena Williams, Cara Delevingne, Karlie Kloss, and Martha Hunt got in on the fun.

Serena and Kendall were the only ladies on stage who didn't appear in Taylor's star-studded music video for "Bad Blood." According to reports, Kendall missed out because of her work schedule, but there was still speculation about what, if anything, her absence meant. Thanks to their performance on Saturday, it's clear that Taylor and Kendall's friendship is still going strong.

Interestingly enough, Kendall just might be able to relate to Taylor's "Style" lyrics. The singer reportedly wrote the song about Harry Styles. Back in late 2013 and early 2014, Kendall and Harry were romantically linked after spending time together in NYC and Aspen, CO. This wouldn't be the first time the pop star has befriended someone who shares an ex — Taylor and her girlfriends have more than a few guys in common. Keep scrolling to see video and pictures of Taylor's London show!