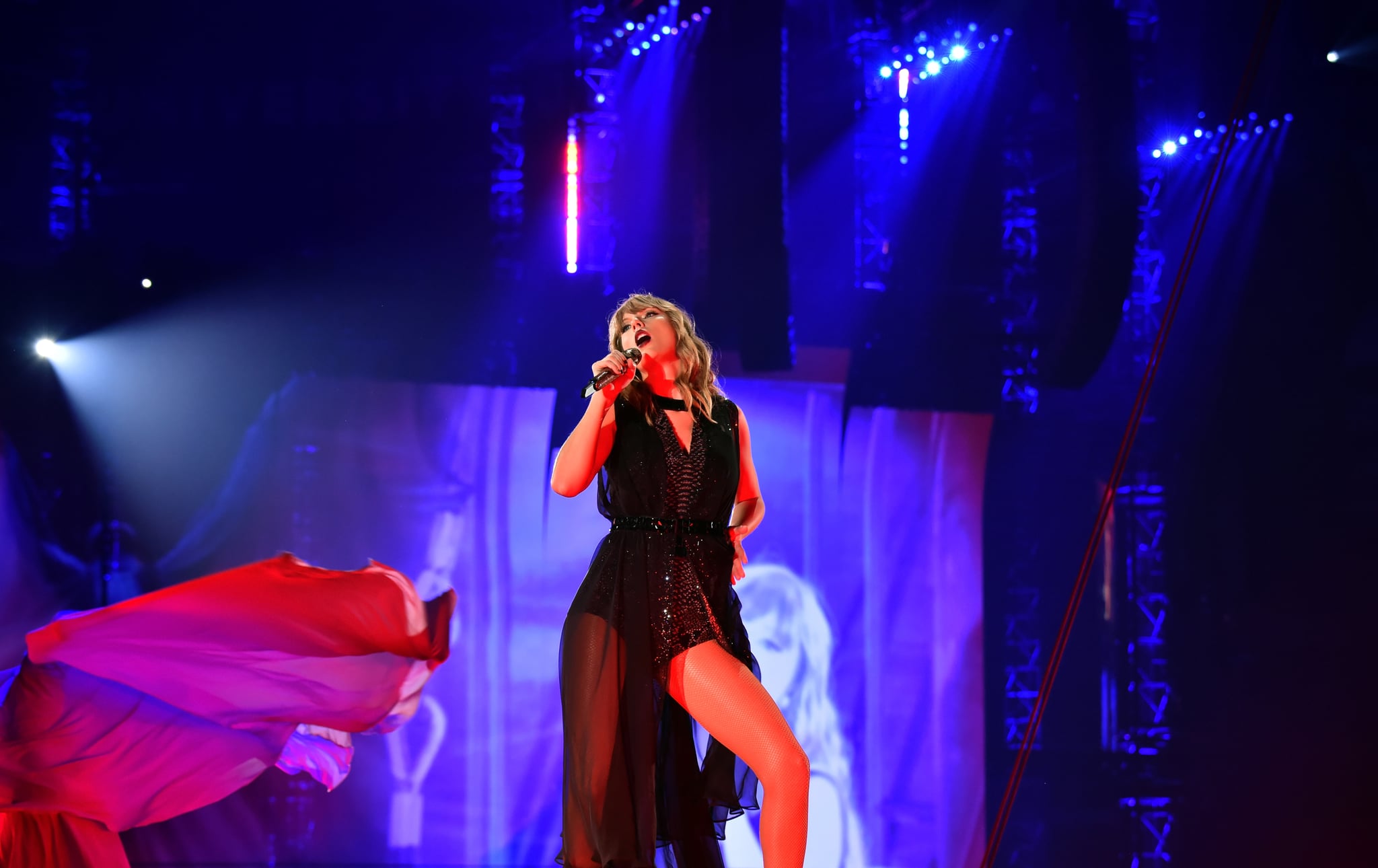 Taylor Swift isn't letting the haters get her down. During the opening night for her Reputation stadium tour in Glendale, AZ, the "Look What You Made Me Do" singer briefly opened up about her feud with Kim Kardashian and Kanye West, during which she explained the meaning behind her snake imagery during this era of her career. "A couple of years ago, someone called me a snake on social media, and it caught on," she said, alluding to the 37-year-old reality star. "Then, a lot of people were calling me a lot of things on social media. And I went through some really low times for a while because of it. I went through some times when I didn't know if I was going to get to do this anymore."

Even though it was a particularly dark moment for the singer, she added that she eventually learned to embrace it and turn it into something positive. "I wanted to send a message to you guys that if someone uses name-calling to bully you on social media, and even if a lot of people jump on board with it, that doesn't have to defeat you," she said. "It can strengthen you instead."

"That doesn't have to defeat you. It can strengthen you instead."

"And I think something that came out of it that was good is that I learned a really important lesson that I've been telling you from the stage for about 10 years, but I never had to learn it so harshly myself," she continued. "And that lesson has to do with how much you value your reputation. I think that the lesson is that you shouldn't care so much if you feel misunderstood by a lot of people who don't know you as long as you feel understood by the people who do know you — the people who will show up for you, the people who see you as a human being." She went on to thank her fans for all of their support. "So thank you, thank you, thank you for taking the time to get to know me, for showing up for me, for seeing me as a human being."

The speech comes on the heels of Taylor's reconciliation with former enemy Katy Perry. Although the two have had "bad blood" in the past, Katy sent the singer an olive branch ahead of her opening night, which Taylor then shared on Instagram. We're glad to see these two ladies finally put their feud to rest. See the full video of her speech from her concert below.

Lizzo
Leave It to Lizzo and Adele to Bond Over Being "Supreme Divas": "We Just Connected in That Way"
by Njera Perkins 1 day ago

Celebrity Interviews
Is This a Holiday Tradition? Billie Eilish Does the Same Vanity Fair Interview For the Fifth Year in a Row
by Naledi Ushe 2 days ago