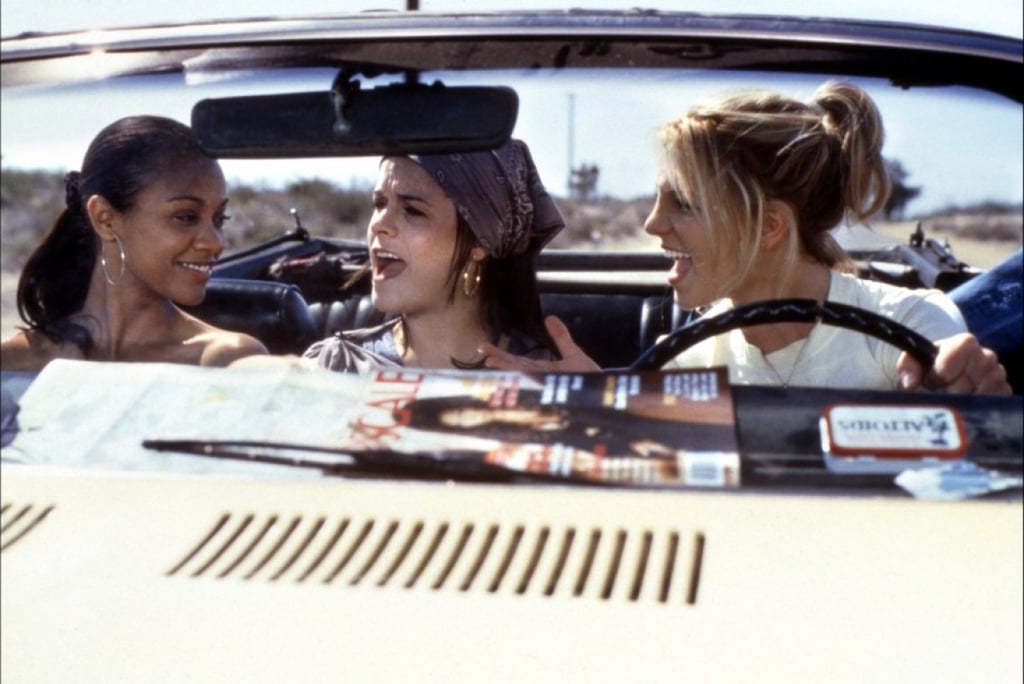 OK, she may have been joking, wink-face emoticon and all, but Britney Spears did bring up Crossroads part two on Monday. The nod to her 2002 movie came after Zoe Saldana shared some kind words about Britney on Watch What Happens Live. Zoe said, "I have a huge amount of respect for Britney Spears," adding, "She was the one big, big celebrity that I met when I was starting to work in Hollywood, who literally was humble." Zoe also talked about Britney's character, saying, "I can name a lot of prominent figures right now that are today more famous than Britney that literally got to where they were at by hating on Britney, because it was cool at one time to just diss her — and Britney never did that." With Zoe's comments making headlines, Britney took to Twitter to say thank you — and share the perfect GIF.

.@zoesaldana Truly the sweetest, thx 4 the kind words. Nothing but great memories of working w u. Crossroads pt 2? ;) pic.twitter.com/uQIn7Ximqx

With all the sweet back-and-forth between the stars, let's take a look back at some of their amazing onscreen moments from Crossroads, shall we?