The boys are back in town! On Sunday night, Call Me by Your Name costars Timothée Chalamet and Armie Hammer reunited at the 22nd Annual Hollywood Film Awards in Beverly Hills, and I'm just going to assume it's the reason I'm smiling ear to ear right now. Armie presented Timothée with an award for his work in the recent film Beautiful Boy, where he commended the 22-year-old actor's portrayal of Nic Sheff and the story of methamphetamine addiction.

"Timothée's portrait as Nic Sheff is an intense and disarming depiction of the hopelessness, despair, and collateral damage of methamphetamine addiction," Armie said in his introduction. "As Nic's experimentation with drugs leads to an uncontrollable dependence, his devastated father tries to cope with what has happened and what is happening to his son . . . It's my pleasure to present the award for Hollywood Supporting Actor to Timothée Chalamet."

While Timothée's rumoured girlfriend Lily-Rose Depp was not in attendance, he posed for red carpet photos with Armie, and damn, they looked good. Their on-screen chemistry in the 2017 movie was palpable, but it's great to see their friendship is still going strong. Read on to see photos of Timothée and Armie at the 2018 Hollywood Film Awards. 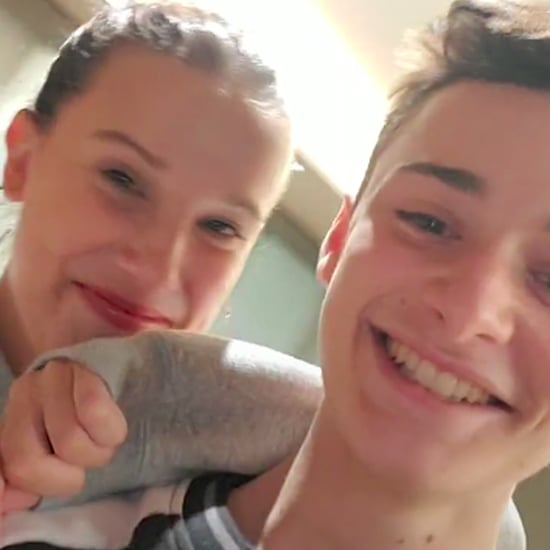 TikTok
Together or Apart, Millie Bobby Brown and Noah Schnapp's TikToks Are the Best of the Best
by Karenna Meredith 2 weeks ago

Celebrity Style
We Know One Thing About Nicola Peltz's Wedding Dress: It'll Definitely Be Posh
by Sarah Wasilak 3 weeks ago