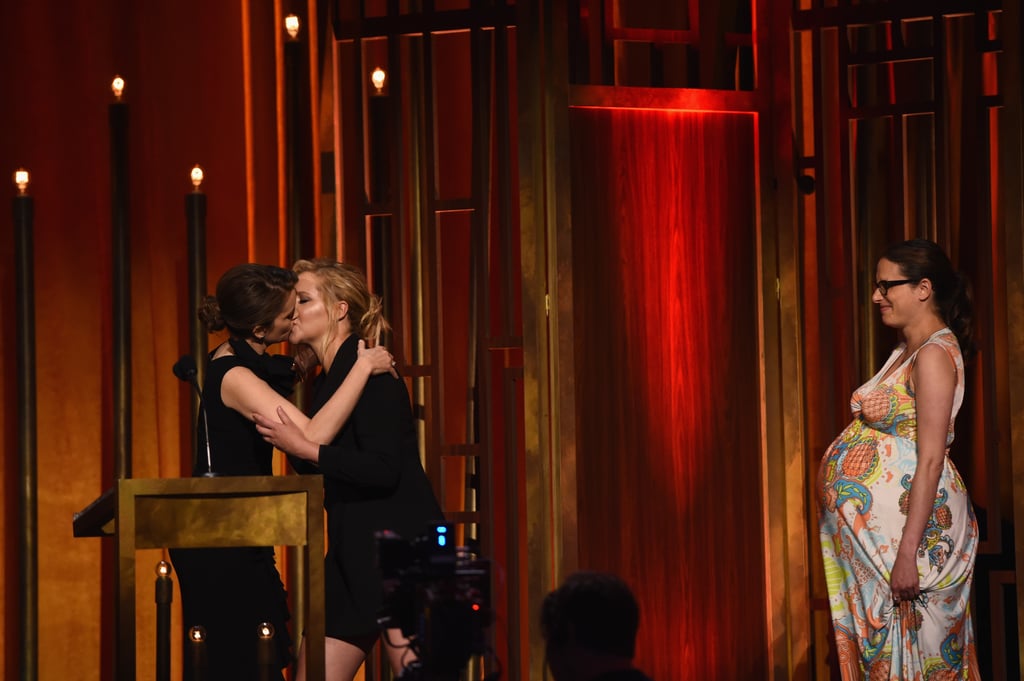 Comedic generations collided on Sunday when Tina Fey and Amy Schumer engaged in a steamy embrace at the Peabody Awards in NYC. Tina presented Amy with an award honouring her hit show, Inside Amy Schumer, and decided to congratulate the hilarious blonde with an intimate makeout session. The funny moment was followed by Tina giving a sweet shout-out to her pal, saying, "[She's] killing it, as the agents like to say. Usually they are lying, but in this case it is true. Amy is killing it. She is the biggest deal in comedy right now." Amy sweetly returned Tina's affections by retweeting a photo of their kiss and referring to Tina as the "queen" in another shot. And this isn't the first time we've seen Amy engage in a lip-lock with another celebrity. She surprised everyone by making out with Amber Rose during the MTV Movie Awards in April. Keep reading to see more of the pair's onstage antics, then check out why you should be obsessed with Amy if you aren't already.