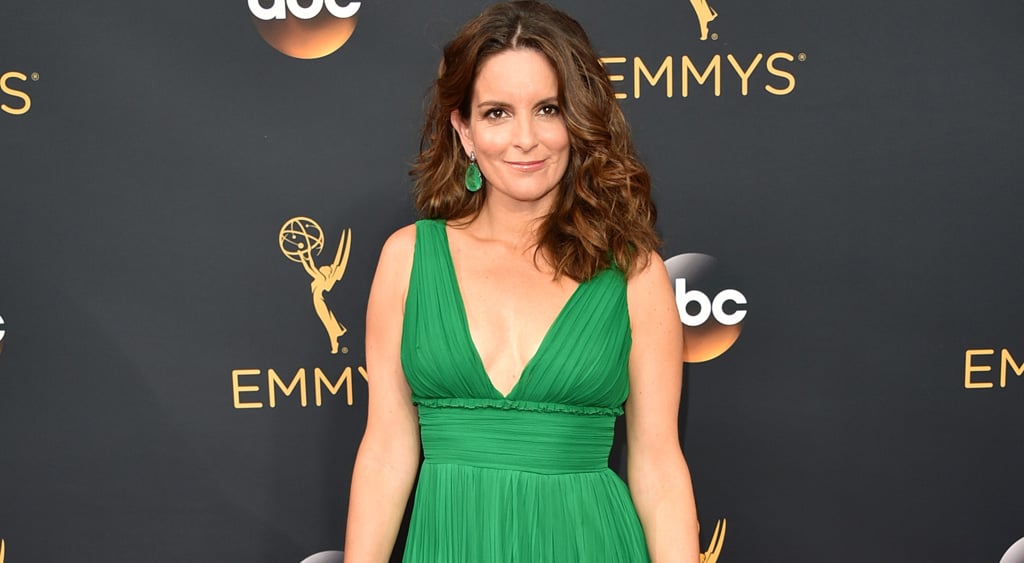 Jimmy Kimmel was full of witty one-liners when he hosted the Emmys on Sunday night, but there was one joke in particular that left everyone holding their breath. After the announcer introduced Bill Cosby, who has been accused of sexual assault by more than 50 women, to the stage, the camera cut to a very confused and scared-looking audience. "Don't worry, he's not really here," Jimmy said when he walked out a few seconds later. "I just wanted to see what you guys would do." While some celebrities hid their confusion with a half smile, Tina Fey's reaction stole the show. She immediately turned to pal Amy Poehler and appeared to say, "This has got to be a joke." Just add it to the long list of many cringeworthy moments from the night.