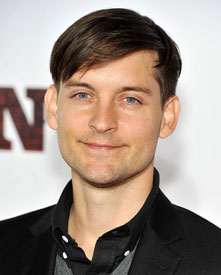 Ang Lee's big-screen adaptation of Life of Pi has just snagged its first big name cast member in Tobey Maguire. The actor has signed on to play a reporter in the story of an Indian boy that takes an epic journey at sea with an orangutan, a tiger, and a hyena. It's a small role for Maguire, but should help generate buzz for the film, which is already drawing attention from fans of the best-selling novel.