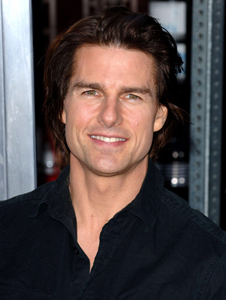 If you're looking for the star of a new action series, it pays to go for the top gun. Tom Cruise has been offered the lead in action film One Shot. The movie is based on the book of the same name by Lee Child, in which an ex-Army cop named Jack Reacher has to help solve a sniper case in Middle America.

Reacher, who appears in a series of Child's books, is described as a "a giant" at 6'5" with blond hair, so it sounds like the filmmakers are aiming more for Cruise's star quality than physical similarity to the literary character. Plus, Cruise has a proven track record as an action star, so this may be a case in which size doesn't matter.