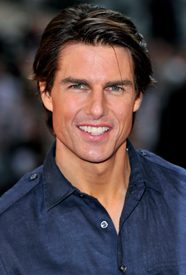 Another actor joins the campaign trail: Tom Cruise will play a politician in a new film. The as-yet-untitled movie is from a script by Dan Fogelman, the screenwriter of the upcoming Crazy, Stupid, Love starring Steve Carell and Ryan Gosling. Cruise's character is a political figure who has a squeaky-clean reputation until he's exposed for having an affair and has to return to his hometown and repair his life. With Cruise's perfect teeth and charismatic smile, I'm surprised that he hasn't been asked to play a politician before.