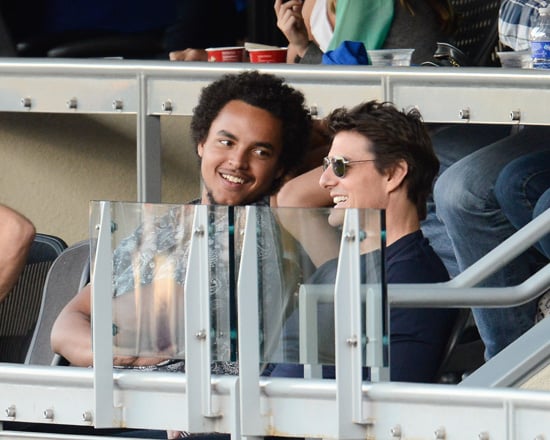 Tom Cruise got in a bit of fun with his son, Connor, yesterday when the two hit up a Dodgers game in LA. Tom and Connor cheered on the Dodgers and even started high-fiving at one point, but unfortunately their cheers for their home team couldn't help them win over the St. Louis Cardinals. Breaking Bad star Bryan Cranston was also at the game, where he wore a Dodgers hat and, at one point, started yelling and whipping a blue rally towel in the air. 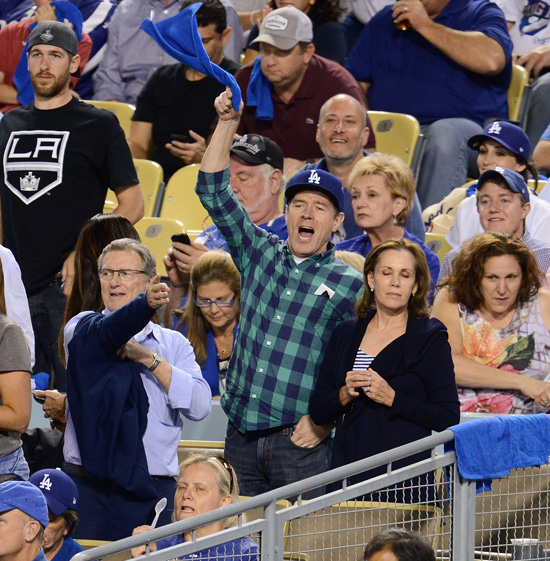 Tom's appearance at the Dodgers game came just as his friend and Collateral costar Jamie Foxx denied new reports that he was dating Tom's ex Katie Holmes. Jamie said that the reports are 100 percent not true and that they only started because the two danced together at an event in the Hamptons over the Summer. He added, "In fact, it's quite hilarious because we simply danced at a charity event along with a lot of other people." 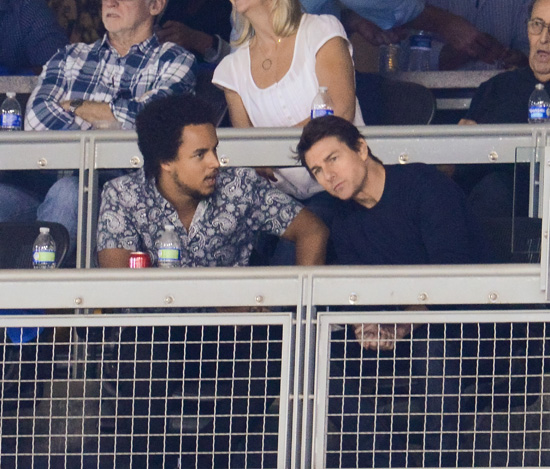 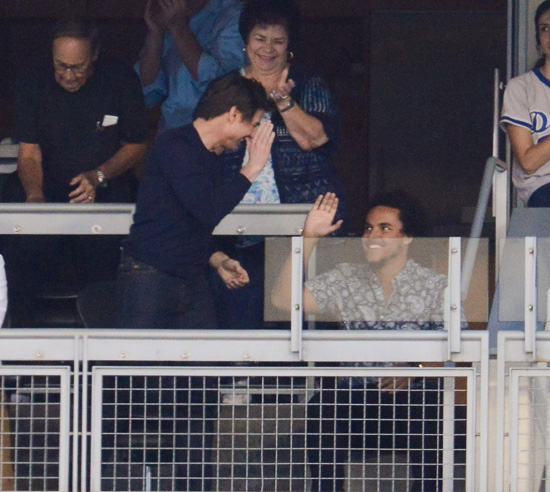