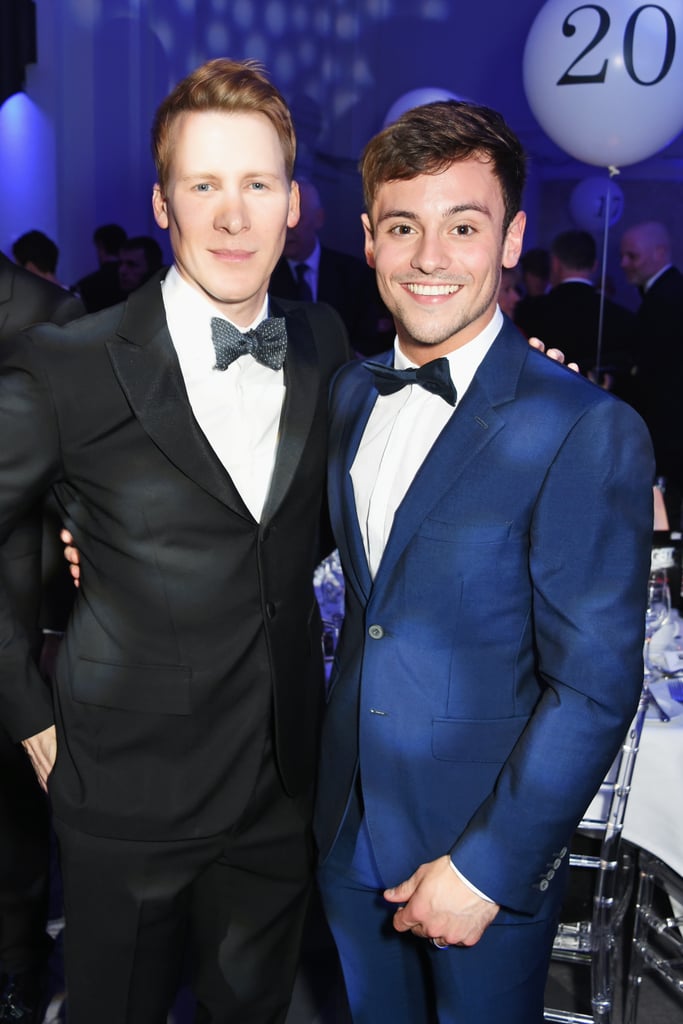 Tom Daley and Dustin Lance Black had that newlywed glow when they attended the British LGBT Awards in London on Friday. The pair, who tied the knot in an enchanting ceremony at the Bovey Castle Hotel earlier this month, looked dapper in their suits and matching bow ties as they made their debut as a married couple at the event. Tom and Dustin were both honoured with the influencer of the year award, while Caitlyn Jenner took home the loud and proud award for using her platform to campaign for trans rights.

The nearly 23-year-old Olympic diver began dating the 42-year-old screenwriter in the Summer of 2013, shortly before he came out as bisexual on YouTube. "My life changed massively when I met someone, and they make me feel so happy, so safe, and everything just feels great," he said in the video. "That someone is a guy. It did take me by surprise a little bit."