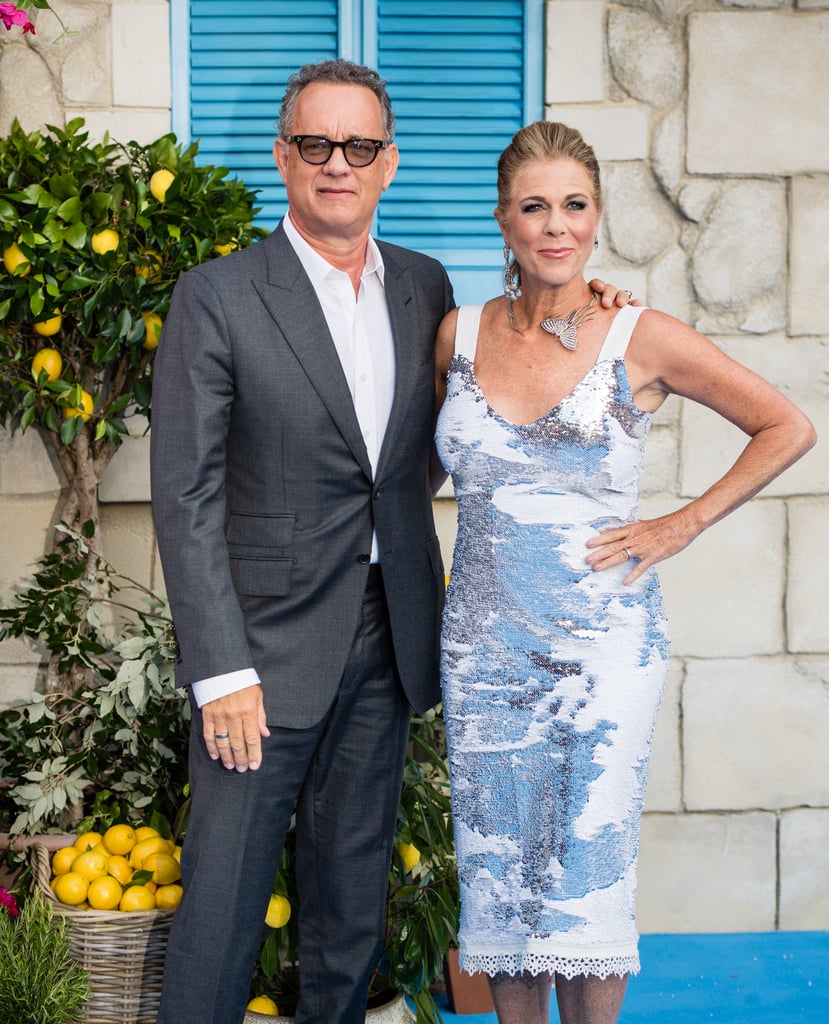 With 30 years of marriage under their belt, Tom Hanks and Rita Wilson are no strangers to a red carpet movie premiere, but on Monday night, they looked like the cool, new kids on the block. The couple attended the London premiere of Mamma Mia! Here We Go Again, where they posed for photos and put their dreamy, decades-long romance on display. Maybe it was Tom's transition glasses or Rita's gorgeous sequinned dress, but they stole our attention with their glowing energy.

They were both executive producers of the 2008 Mamma Mia! movie, and Tom's production company, Playtone, helped produce the 2018 film. Tom also previously admitted he auditioned for a role in the original movie, but was ultimately rejected because of his singing voice. Read on to see the stunning photos of Tom Hanks and Rita Wilson at the movie premiere, and prepare your eyes for some serious couple goals.