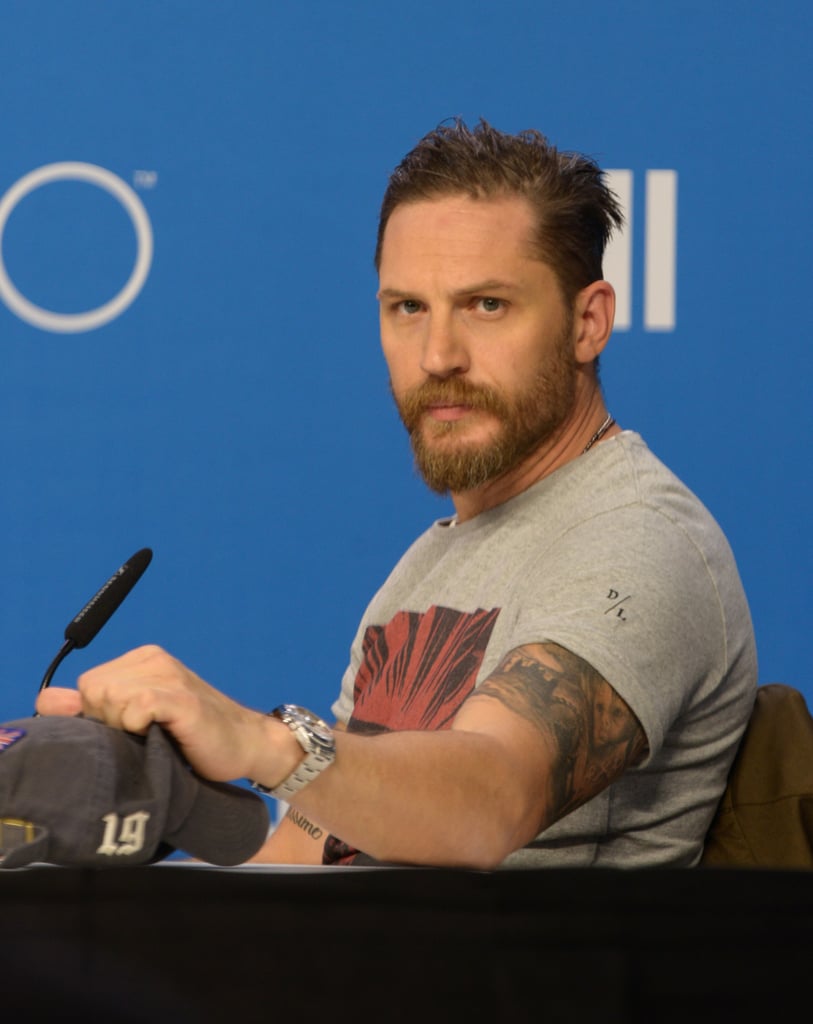 The Legend press conference at the Toronto International Film Festival took an unexpected turn when a reporter questioned Tom Hardy about his sexuality. Midway through the event on Sunday, Graeme Coleman, a journalist from the The Daily Xtra asked Tom, "In the film, your character, Ronnie, is very open about his sexuality. But given interviews you've done in the past, your own sexuality seems a bit more ambiguous. Do you find it hard for celebrities to talk to media about their sexuality?" The 37-year-old actor paused for a second and then responded by saying, "What on earth are you on about? I don't find it difficult for celebrities to talk about their sexuality. Are you asking me about my sexuality?" before quickly ending the interview.

Although Tom plays a bisexual gangster in his new film, the reporter could have been referring to a previous interview Tom did with Attitude magazine in 2008 in which, when asked, "Have you ever had sexual relations with men?" he said, "As a boy? Of course I have. I'm an actor for f*ck's sake. I'm an artist. I've played with everything and everyone." Watch the awkward exchange below just after the 28-minute mark, and then find out why Tom isn't ashamed of his Myspace photos.