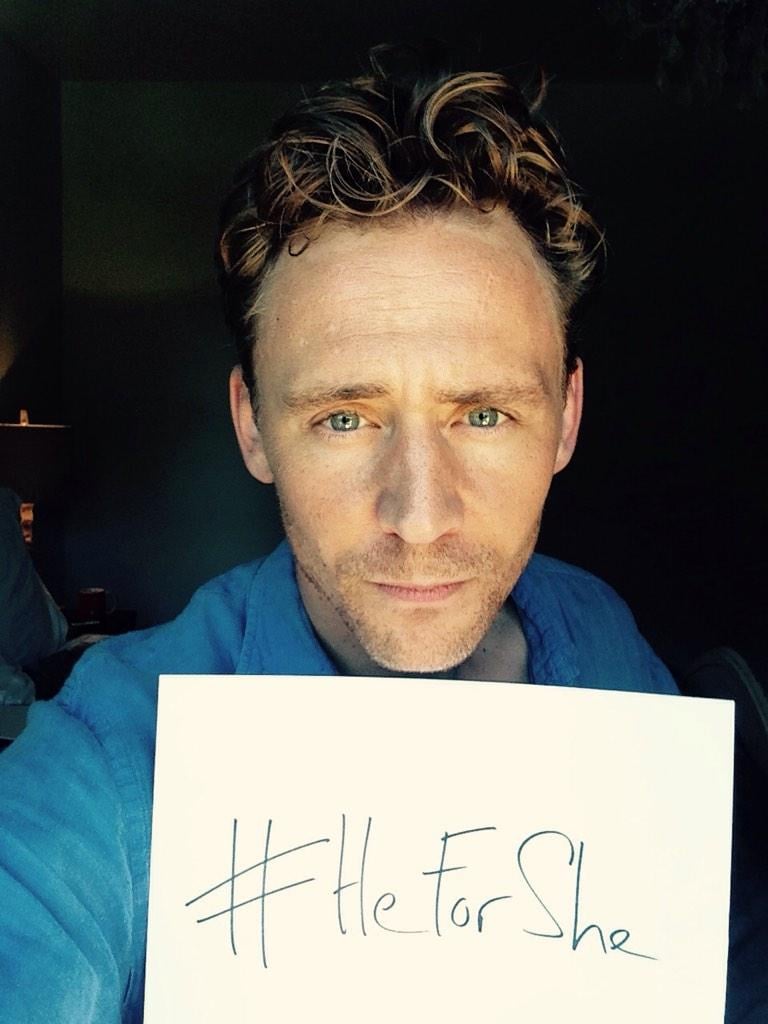 Leave it to Tom Hiddleston to make people swoon while promoting a positive message. Over the weekend, Emma Watson delivered a speech about gender equality at the United Nations, and on Wednesday, Tom Hiddleston shared a moving message of support for his fellow Brit. Emma, the UN Women Global Goodwill Ambassador, launched the "HeForShe" gender equality campaign during Saturday's event, and Tom tweeted a picture of himself holding a "HeForShe" sign, saying of Emma, "You are impeccable and extraordinary. I stand with you. I believe in gender equality." Other stars have also spoken out in support of Emma and the campaign, including Joseph Gordon-Levitt, Glee's Chris Colfer, Rashida Jones, and Douglas Booth. Take a look at the actor's tweets below, then check out more of Emma Watson's inspiring quotes on feminism.

.@EmWatson you are impeccable & extraordinary. I stand with you. I believe in gender equality. #heforshe pic.twitter.com/xXQsyJ7WfP