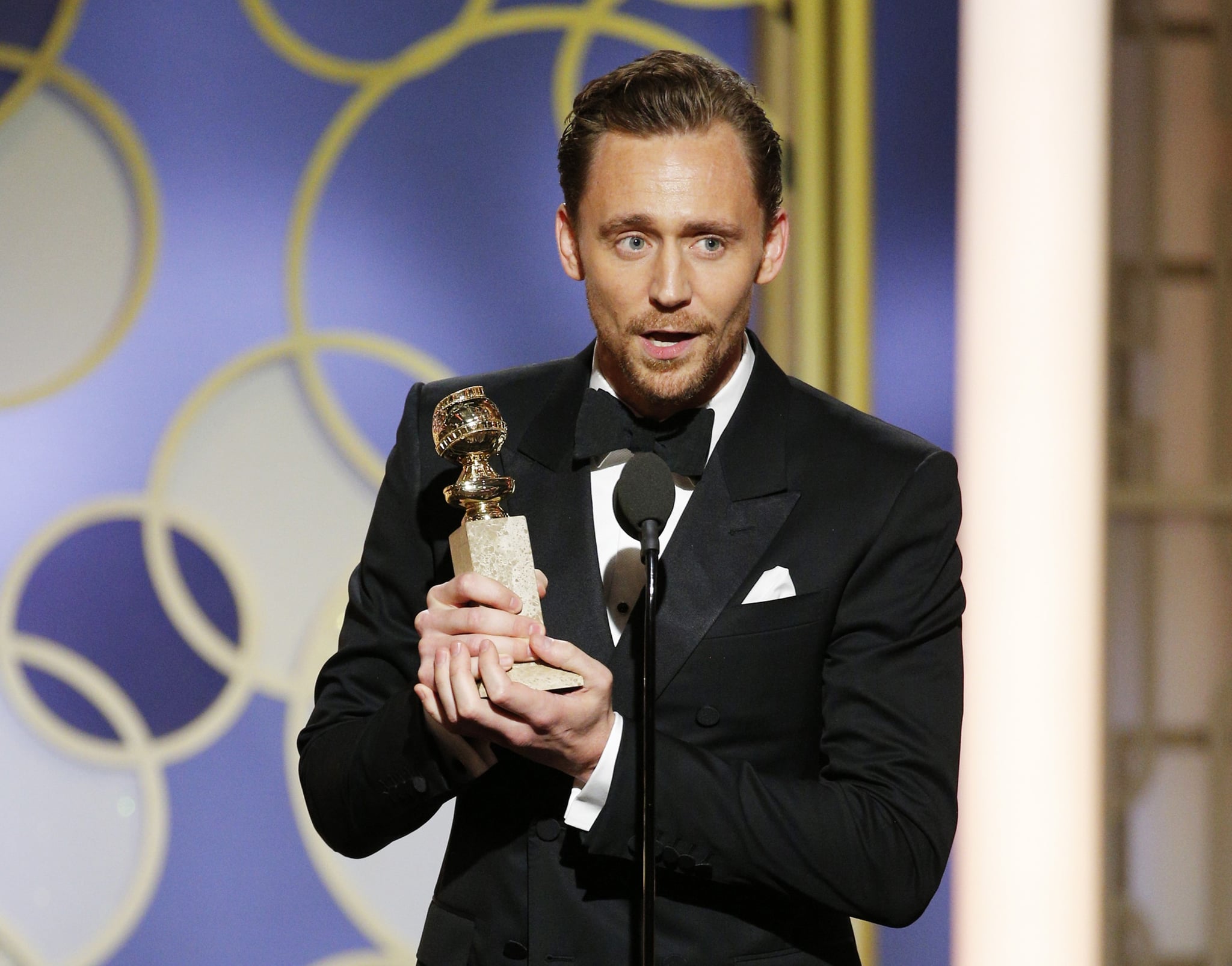 At Sunday night's Golden Globe Awards in LA, Tom Hiddleston struck gold. The actor joined the winners' list for his role on The Night Manager, but as soon as he stepped on stage to give his acceptance speech, things took a strange turn. Tom shared a longer story about his humanitarian work in Sudan and revealed that many of the people he encountered there love his miniseries. If the audience reactions weren't clear enough, it would seem Tom's words didn't quite have the desired effect. After the ceremony, the actor made it clear that he, too, sensed the moment's awkwardness.

In a new statement on his official Facebook page, the actor admitted that his speech was "inelegantly expressed" and that his nerves "got the better" of him. His main intent, he explained, was to shine a spotlight on the brave souls who work for UNICEF UK, Doctors Without Borders, and World Food Programme. Read his post in full below.

I just wanted to say… I completely agree that my speech at the Golden Globes last night was inelegantly expressed. In...