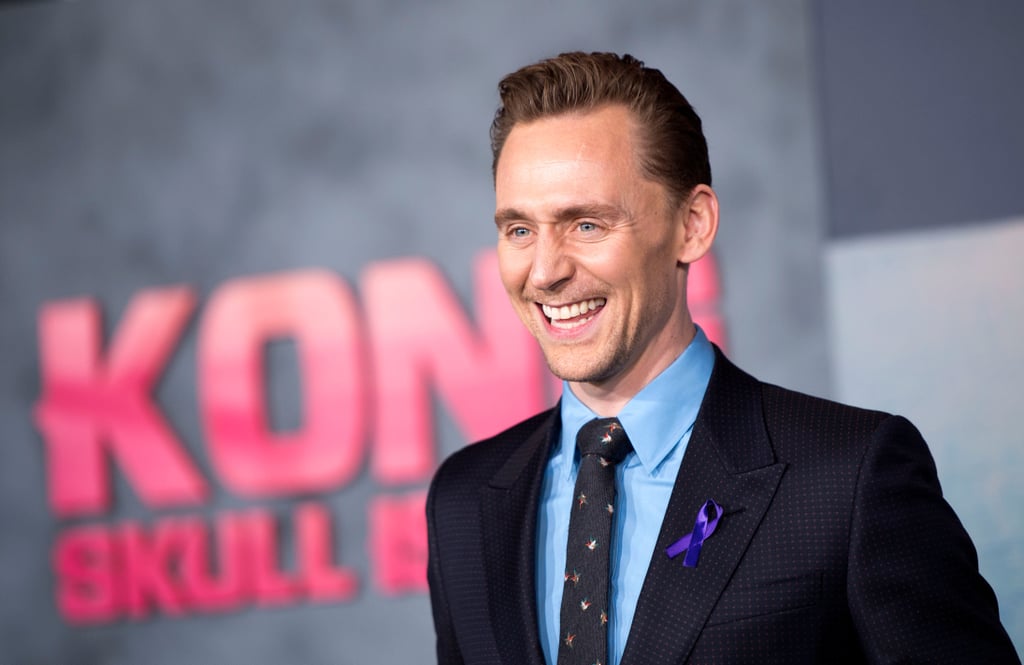 Tom Hiddleston Looks So Good on the Red Carpet, You'll Want to Pound Your Chest and Roar

Tom Hiddleston looked all sorts of handsome (and excited!) when he attended the premiere of his new film, Kong: Skull Island, in Hollywood on Wednesday night. Dressed in a dark suit and blue shirt, the actor flashed his adorable smile as he posed for photos on the red carpet, mingled with fans (some of whom dressed up as King Kong), and chatted with his costars.

Tom's smiley outing comes on the heels of two very different interviews in which he touched on his brief romance with Taylor Swift. While he opened up to GQ about the "amazing" singer and their "real" time together, he shut another reporter from The Telegraph down, saying he doesn't want to talk about Taylor anymore. With so much to look forward to this year and his career gaining even more speed, who can blame him for wanting to leave the past behind him?