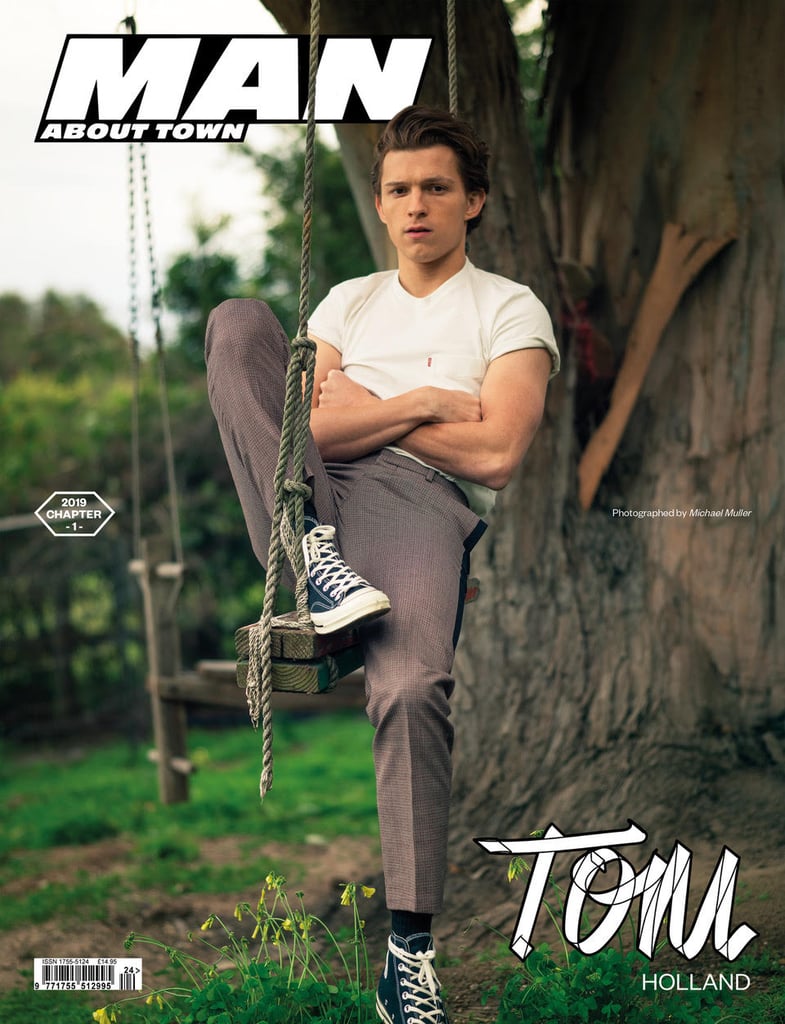 Tom Holland is on the cover of the latest edition of indie publication Man About Town, and it's probably the 22-year-old actor's sexiest shoot to date. Shot by Michael Muller, whom Tom refers to as a "good friend," the cover shoot sees Tom showing off a slightly moodier side of his personality than normal as he reclines on a swing, stokes a fire, poses on a cliff edge, and, um, sits on a burning chair in the ocean.

In the accompanying interview, the Spider-Man: Far From Home star discusses the upcoming movie (which hits theatres in July, after Avengers: Endgame answers a few lingering questions later this month). Discussing fan reactions to his character so far, Tom explained, "One of the cool things about these movies is that we can take the audience's feedback, and put that into the third film. That's what makes the audiences as much a creative partner in these films as we are. We make them for them, and we're just lucky in the sense that we get to listen to them after every film we make, and then adapt the next one to tailor it to them."

Tom also touched on why he felt so comfortable playing Peter Parker/Spider-Man from day one. "I've been playing Spider-Man in my bedroom since I was a kid. I grew up watching the films and I watched all the cartoons. I was kind of obsessed with him. When I walked on set for my first day it was my first day on the MCU (Marvel Cinematic Universe) but it was my thousandth time playing Spiderman so I felt like I had it in the bag."

The full interview and shoot can be found in Man About Town Chapter 1, 2019.