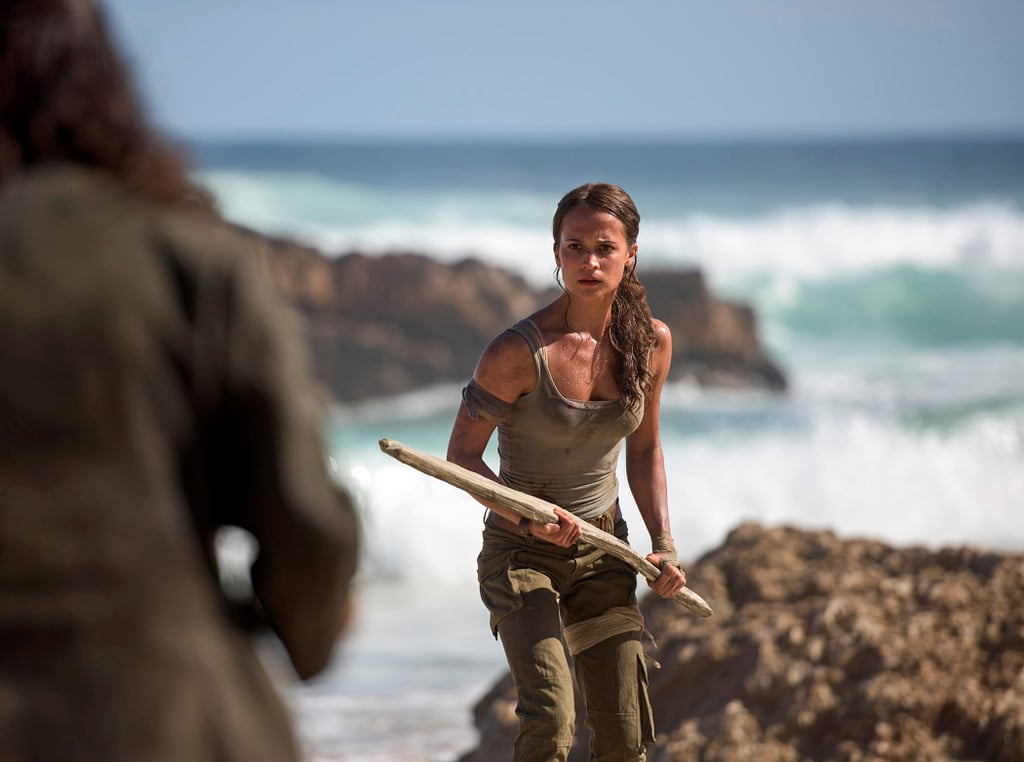 Tomb Raider: The New Lara Croft Is Ready to Kick Some Ass

In 2001, Angelina Jolie brought video game royalty Lara Croft to life. Seventeen years later, Oscar-winner Alicia Vikander is donning the dirty tank top for a reboot. The film, out March 2018, follows a 21-year-old Lara as she travels to a mythical tomb in search of the truth about her father's disappearance. Dominic West, Walton Goggins, and Daniel Wu are all costarring in the action-thriller, directed by Roar Uthaug (2015's The Wave). While we figure out how we feel about the franchise getting rebooted in the first place, take a look at the pictures that were released this week.